Boulder’s iconic teahouse is probably one of the most obvious candidates for historic preservation. But Tuesday’s discussion and decision will include an atypical ask: Can Boulder landmark the inside of a building?

It hasn’t been done here before: the city attorney’s department argues that the city’s laws don’t cover interiors. But many residents and at least one council member think Boulder should take the unprecedented step to save a unique iconic structure.

Others argue that it isn’t necessary. The teahouse, a gift from Boulder’s sister city, is city-owned and sits on municipal land. The city itself is in control of what happens to the teahouse, inside and out; a landmark on the structure and property (1770 13th Street) would prevent redevelopment.

“While the Teahouse is owned by the city, the historic preservation ordinanceA piece of municipal (city-level) legislation. does not have any special provisions that would allow for the regulation of the interior of such a building,” staff wrote in notes to the city. They are recommending creation of a “maintenance manual” to dictate care of “both in the interior and exterior in the future.”

The Landmarks Board, which voted 5-0 to landmark the teahouse, opted against including the teahouse’s interior in the designation. Per staff, “in the opinion of the City Attorney’s Office, the historic preservation ordinance was not intended to apply to the interiors of buildings.”

A nonprofit group, Friends of the Boulder-Dushanbe Teahouse, are arguing for an all-inclusive landmark, citing the “truly unique situation” and the “rich interior.” Councilman Mark Wallach has taken up their cause.

“I believe that (staff’s) analysis is inverted, and that the language of the ordinance is broad enough to permit interior landmarking unless specifically prohibited by its terms,” Wallach wrote in an Oct. 4 public email. “Unless there is such a restriction in the ordinance itself, it appears to me that the basic reluctance to landmark the interior is that we have not done it before, not that we are barred from doing so.”

He further argued that the extraordinary move would not set a precedent. The city is agreeing to restrictions on its own property, he wrote, not attempting to foist them on an unwilling owner.

“This is essentially a one-off situation where we act to protect the entirety of Boulder’s most iconic structure: we do so because it is our property, because interior preservation is the clear desire of the community, and because there is no specific bar to such designation.”

The Boulder-Dushanbe Teahouse was built by Tajik artists and craftsman from 1988 through 1990. It was disassembled and shipped to Boulder in 200 wooden crates, then rebuilt over the course of 1997 and 1998.

At the time, it was the only building to be gifted between U.S. and Soviet Union sister cities, according to staff notes. It is also “thought to be the only chaikhona (Central Asian/Tajik Teahouse), in the Western Hemisphere.”

“Although the Soviet Union has given other gifts to cities, states and the U.S. government, nothing in the history of Soviet-U.S. exchanges comes even close to this,” wrote Molly Raymond of the U.S. Information Agency in 1988.

The landmark was briefly discussed at the Oct. 6 meeting, but Tuesday will be the council vote and a public hearingScheduled time allocated for the public to testify or share commentary/input on a particular ordinan.... If approved, the Teahouse will become the youngest building to be landmarked in city history.

Other business being handled Tuesday:

Even before COVID decimated retail, the landscape was changing for big box stores. To that end, owners of the Macy’s at Twenty Ninth Street Mall are planning an “adaptive reuse” of the department store to include 155,136 square feet of office space and 7,730 of “marketplace” retail.

In the works since 2018, the project is subject to council review. Highlights of the new design include:

Planning Board approved the reuse 4-3, contingent on submittal of detailed plans for outdoor lighting, landscaping, shadow analysis, etc. Some members were concerned about the jobs that would be added through the change from majority retail to majority office space, concerns likely to be echoed by council Tuesday. 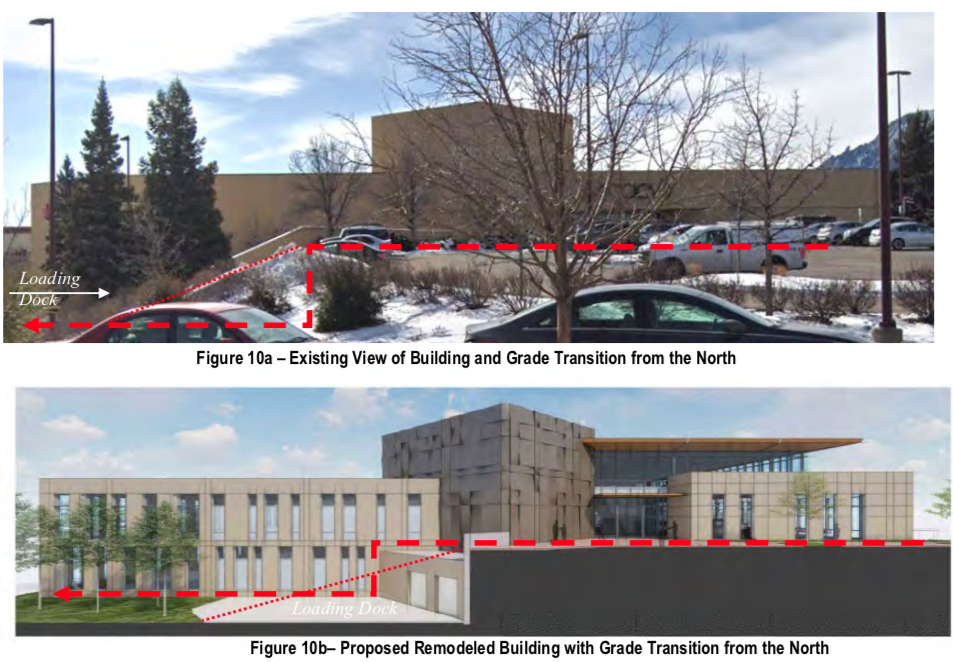 Next year’s spending plan is considerably slimmer, given the impacts of COVID on 70% of city revenue. Nearly $28 million was shaved off 2020’s budget, including double-digit cuts to multiple departments.

As of now, the 2021 plan calls for $341.74 million in total city spending, a 7.6% reduction from this year’s budget. Council did add back in $360,000 to soften the blows to housing and human services, library, arts and fire. According to notes from staff, that will be used for:

Other areas of interest included the $6 million rebuild of restroom and dining facilities at Flatirons Golf Course. After some concern, council decided not to halt the project, given that there are no shovel-ready alternatives for the funding, which can only be used on parks and recreation facilities.

More than $10 million in planned consultant fees also raised eyebrows. That has been reduced by nearly $800,000 for 2021, and staff offered more details on “miscellaneous” consultant spending that accounts for nearly half of all such expenditures.

Also: General fund reserves will stand at 17% or $24,005,416, slightly less than staff’s recommendation
Boulder will fund only one School Resource Officer for Boulder Valley School District in the upcoming year. The district itself may choose to fund one additional police officer for that purpose.

In Boulder’s first subcommunity plan since North Boulder in the mid-90s, the future of East Boulder is being decided now and in the months to come. A working group has crafted three “alternative futures” for the 1,600-acre majority-industrial area East of Foothills and north of Arapahoe, home to some 1,700 jobs.

Public engagement will continue through the winter, with residents being asked to weigh these visions against city goals and current conditions. Feedback will be presented to council in “early 2021,” according to notes from staff.

From the packet:
East Boulder is 58% industrial

What will be included in the subcommunity plan?

Focuses on and use changes around three key intersections

Next steps
Compare how each scenario to current conditions to see how they will affect: