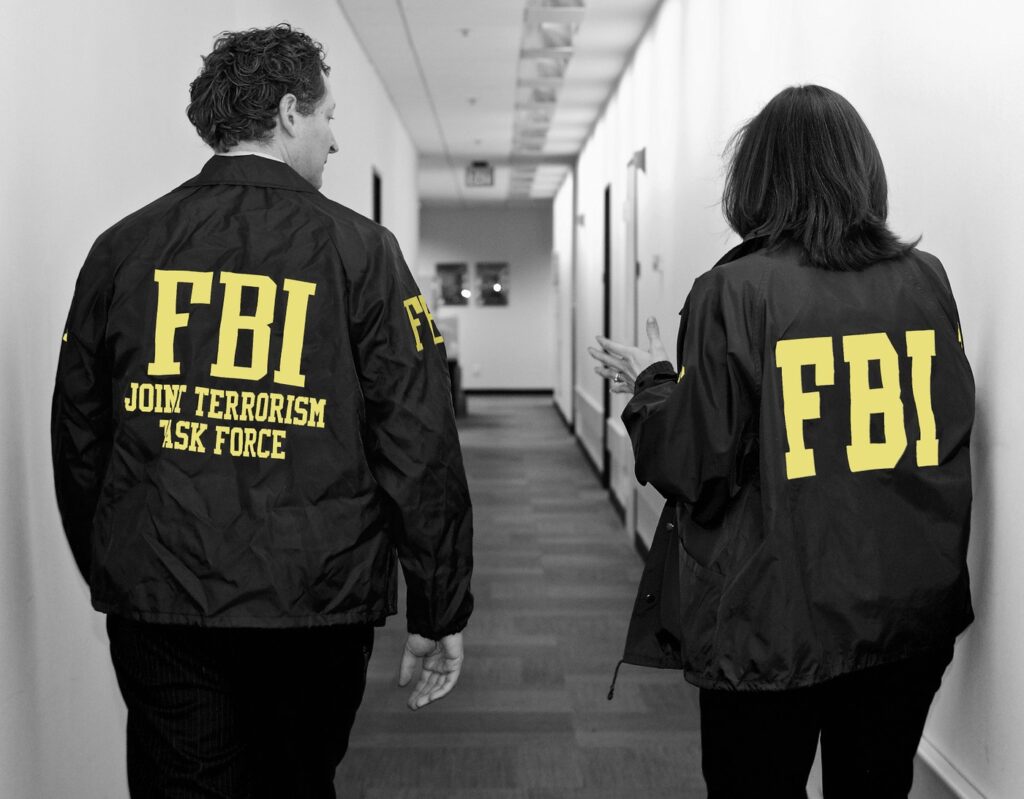 City council this week approved, by 6-3 vote, providing a Boulder police officer to work part-time with the FBI on counter terrorism efforts, over the objections of the NAACP and other local activists concerned with the federal agency’s long history of targeting people of color, Muslims and peaceful protestors.

Boulder’s police chief Maris Herold said the partnership is necessary in the face of growing domestic terrorism from the far right. She urged elected officials and the community to trust her to curtail the power of the feds and limit the abuses that have happened in other cities.

‘We have real threats in Boulder’

At issue was a memorandum of understanding (MOU) between Boulder Police Department and the Federal Bureau of Investigations, providing one-part time officer to work on the area’s Joint Terrorism Task Force (JTTF). The detective, who was not named during discussions Tuesday night, will devote 16 hours a week to the JTTF. His salary will be paid by the city; for other costs, including possible overtime, the feds may foot the bill.

Boulder PD has been working toward the agreement for awhile, Herold said. That relationship has resulted in increased access to manpower, technology and information, speeding investigations and response to possible threats. She crediting the partnership for helping with Tuesday’s apprehension of a potentially violent suspect from California, and in the aftermath of last year’s King Soopers shooting.

Opponents pointed out that the FBI offered that support without an MOU in place; Herold countered that they were only available because of the work the two agencies have done in anticipation of the MOU.

“I don’t think any resources would be withheld,” Herold said. “What would be withheld is prioritization. Our relationship that we built through this informal relationship garnered us resources that I’ve never seen before. I have never seen such an outpouring of support by our federal partners. And that is only bc we worked so hard and we were working toward this MOU agreement. Other communities unfortunately just don’t have this robust partnership that we do in Boulder.”

Once the MOU is in place, the JTTF officer will have the highest clearance in the department and “real-time access to every federal database that the FBI has,” Herold said.

“If I receive a phone call, like I do so many times on so many issues in Boulder, I can walk down the hall and say, ‘Is this a credible threat?’ and (have an answer in) not hours, not days but minutes. That counts. It counted today. It will continue to count.”

That has become more important as domestic terrorism threats from the far right have increased.

Like all major cities, Boulder — with its federal labs, LGBTQ population, Muslim and Jewish places of worship and women’s health providers (including one of the few providers of late-term abortions in the country) — is a “target-rich environment,” Herold said.

“The terrorism that I’m concerned about is white supremacy. We have real threats in Boulder that I deal with on a weekly basis.”

FBI’s history speaks for itself

The federal government’s track record on tackling far right threats is mixed at best. Internal and external forces have long noted the FBI’s hyper focus on international terrorism: More resources, more money, more time have been poured into fighting foes abroad, while homegrown terrorism has grown. The United States did not have a national strategy for combatting domestic terrorism until June of last year, following the Jan. 6 insurrection — itself evidence of known threats not being taken seriously by top leaders.

To critics, there is too little proof that the federal government is interested in fighting white nationalists and too much that it uses anti-terrorism efforts as a way to target marginalized groups.

The local NAACP chapter sent two representatives to oppose the MOU. Multiple speakers noted that the discussion was held on the first day of Black History Month; the council meeting opened with a declaration observing it.

“I urge you to look at the history of the FBI in regards to Black activism,” said Jude Landsman. “It is not a pretty picture.”

That treatment is not ancient history, speakers said. Amid nationwide protests over police killings of Black men and women, the FBI recently labeled “Black identity extremists” as a domestic terror threat.

“The history, even recent history, informs us that there is good reason for us not to pay for the FBI to use our own police against our own community members,” said Darren O’Connor. “Not in the ‘60s, not in the 2000s and certainly not in 2022.”

These aren’t just far-off concerns. Denver had its own revelation in the late ’90s and early 2000s with the “Spy Files” — dossiers compiled on hundreds of residents identified as “criminal extremists” for their advocacy on anti-war and environmental causes, civil, animal and labor rights and social justice movements.

A settlement was reached and protections put in place, but fears were raised anew in 2017 when Westword reported that Denver had purchased  social media monitoring software that has been used by law enforcement agencies elsewhere to observe protests.

Speakers at Tuesday night’s public hearing had no illusions that the FBI would change its ways. All 21 of them were opposed to the MOU.

Said Usama Khalid, of the Rocky Mountain Peace and Justice Center: “History has proved itself.

Joint Terrorism Task Forces have their own problematic legacy. Task force members are held to different standards and are afforded greater immunity. In the event of misconduct, local officials have struggled to pursue justice.

Read: Why some police departments are leaving federal task forces. The Marshall Project

Chief Herold insisted that the JJTF member in Boulder would follow the city’s rules, including the mandatory use of body cams (except on undercover missions).

“Our task force member will continue to report to me and follow all Boulder Police Department policies or procedures or he will no longer participate in these operations,” she said. “This really comes down, in my opinion, to trusting me to keep this community safe.”

The majority of council agreed with her assessment.

“I don’t want to elevate political doctrine over the realities of today’s world,” councilman Mark Wallach said. “If Chief Herold says this is what she needs, I think we have to give that great weight. I think we oughtta be getting out of the policing business and listen to what she is saying.”

“I’m hearing folks say we need to trust the expertise of the police when it comes to law enforcement issues,” councilwoman Nicole Speer said. “We have folks in our community who are experts in the oppression that has come from our history of policing and how we do law enforcement. We’re talking about keeping people safe in our community. We’ve got some of the most vulnerable people telling us this doesn’t make them feel safe. This makes them feel less safe. We need to listen to that.”

Speer, Junie Joseph and Lauren Folkerts requested that the MOU be sent to Boulder’s Human Relations Commission and civilian Police Oversight Panel for review. The majority did not agree.

Those groups are just “other residents,” councilman Bob Yates said. “That’s all they really are. They have no more expertise in policing than we do.”

“I would not be in favor of sending this out to a group of people so they can chew it to death,” Wallach said.

In the end, the council majority agreed to approve the MOU in advance, if amendments were added to

The vote for conditioned approval was 6-3. Speer, Folkerts and Joseph opposed.

Elected officials will not see the agreement before it is entered into; the vote gave authorization to Chief Herold to execute the MOU. The finalized language will come back to council in an information packet, typically tacked on to the end of meeting notes.

“That was pretty disappointing,” said Claire O’Brien, of the Rocky Mountain Peace and Justice Center. “Approving it without seeing the language of the amendments doesn’t make sense.”

Those who spoke at Tuesday’s meeting were also disappointed with the last-minute public hearing, scheduled Monday at the request of councilwoman Folkerts. MOUs with other government agency are routinely approved by city council without public participation or fanfare, as part of the consent agendaThe grouping of routine items on the city council meeting agenda (e.g. approval of past meeting minu....

“Any city council with half a brain would realize, especially in this day and age, that this was going to be controversial,” said Giselle Herzfeld, also of Rocky Mountain Peace and Justice Center.

Another agreement with ICE was being considered for February 15, but was pulled off the agenda over the weekend in anticipation of public opposition.

“In  light of the conversation we had last week, we have pulled the MOU to make sure we proactively address and add to our memo responses to similar questions we believe you may have regarding this collaboration,” City Manager Nuria Rivera-Vandermyde wrote in a public email.

The text of the MOU has not yet been released. The pending ICE agreement was not discussed Tuesday.

Chief Herold, in response to a council member question, said the FBI partnership would not impact Boulder’s status as a sanctuary city.

“Nor would I allow my officers to get involved with immigration status,” Herold said.

Rivera-Vandermyde confirmed that in her weekend email.

“The city remains committed to our status as a sanctuary city,” she wrote, “and nothing in this MOU would run counter to prevailing ordinanceA piece of municipal (city-level) legislation. language under Chapter 12-5 to the Boulder Revised Code that specifically prohibits any city employee from ‘cooperating with any federal authority with respect to any investigation of a person’s immigration status.’

Read: A thread from Tuesday’s discussion

Author’s note: This article has been updated to reflect the withdraw of a pending agreement with ICE.

Want more stories like this, delivered straight to your inbox? Sign up for a weekly newsletter from Boulder Beat.