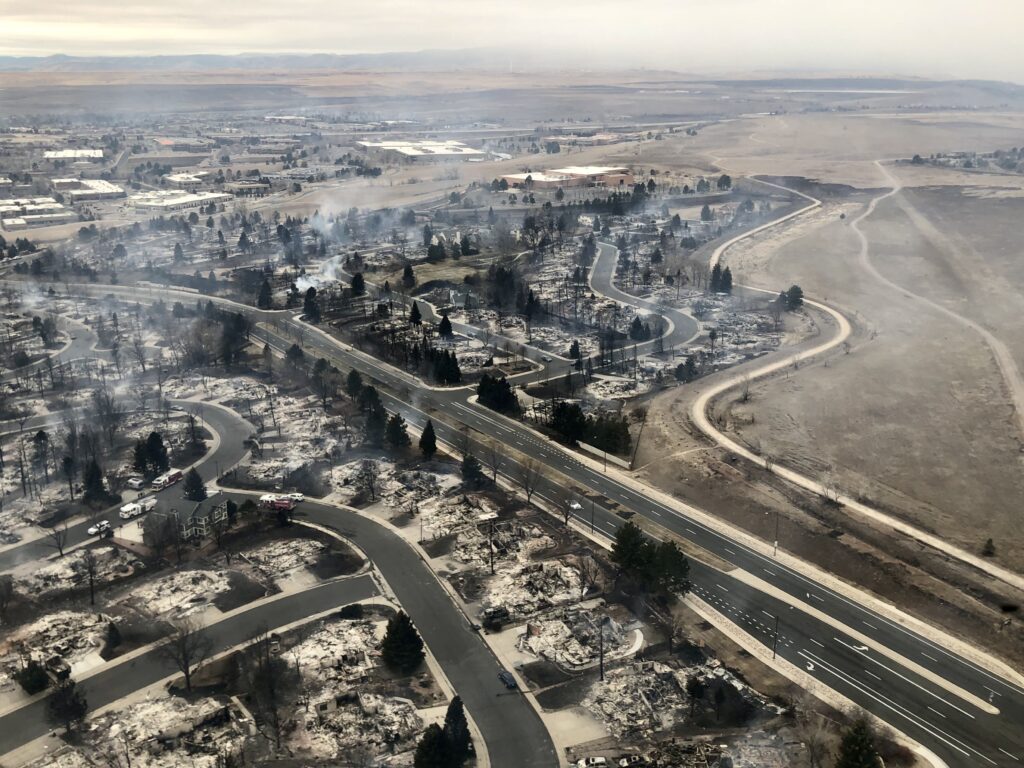 A version of this story ran in the Thursday, July 21 edition of Boulder Weekly.

Boulder is proposing a new $6.5 million annual tax on natural gas and electricity to tackle the rising costs of a warming climate, including the now year-round risks of wildfires. If approved by votes this fall, the tax will shift the majority of cost to businesses and industry.

Council has been discussing the tax for more than a year as it looks to replace two sunsetting sources of revenue for the city’s climate work: The Climate Action Plan Tax (a tax on electricity, expiring in 2023) and the Utility Occupation Tax (ending in 2025; initially funding the takeover of Xcel’s Boulder system, now paying for joint projects).

Together, they bring in $3.9 million per year. A combined tax was initially proposed to raise $5 million the first year and increase with inflation every year thereafter until 2040. Staff are now suggesting $6.5 million as the starting point.

“The original target for the new climate tax of $5 million was developed … during a period of time when staff, community, and council were just starting to face the stark reality of wildfire risk after the Marshall Fire,” staff wrote in notes to council ahead of the July 21 meeting. “The issue of climate-related resilience, especially in the context of wildfire, has become an urgent citywide need and priority.”

Fire was top-of-mind for many respondents to a recent poll about the climate tax, according to staff. An overwhelming 78% of those surveyed would support a $5 million tax, the poll found, and 71% would vote for an $8 million tax.

The average homeowner would pay $6.71 more each year, compared to current CAP and UOT rates. Businesses, however, would see their bills increase by nearly $200 on average; industrial users would pay an average of $722 more.

Boulder adopted aggressive new goals last summer as part of that strategy, including a 70% reduction in greenhouse gas emissions by 2030 (as compared to 2018). Staff declined to put a dollar figure to how much it would cost to reach those updated targets, but estimated it would cost $4 million to $5 million extra to reach previous goals.

Learn more about past and proposed climate funding

60.5% of voters supported the CAP in 2006, and 60% approved extending and repurposing the UOT in 2020. Before setting tougher goals, Boulder had reduced its emissions 21% from a 2005 baseline, installed 67 megawatt hours of solar and diverted 53% of its waste from the landfill.

Council advanced the tax on a first reading Thursday, without discussion. The public’s first opportunity to weigh in is August 4, when council will take its final vote on this and other ballot items, including a move to even-year elections and a measure to undo the CU South annexation.

Also this week
Council let stand Planning Board’s refusal to allow a drive-through chicken restaurant chain (Raising Cane’s) to set up shop in Boulder. Staff had approved the application for 3033 28th Street, directly east of Rayback Collective, but Planning Board took issue with the eatery’s late hours (open until 11 p.m.) and double-drive thru design.

There are three drive thru nearby; the property itself is home to two now-vacant businesses that were once drive thrus, as staff and councilman Bob Yates noted in advocating for a review of Planning Board’s decision.

“There seemed to be a lot of criticism about the fact that this was a drive thru, that drive thrus are no longer consistent with (city goals) and should be frowned on,” Yates said. “I don’t think that’s our policy, at least not adopted by council.

“If council is going to adopt a policy that says drive thrus are henceforth not going to be permitted. that’s a pretty important policy discussion for us to have out loud and not on a case-by-case basis.”

Boulder has not approved a new drive thru since 2017* — a Walgreen’s in South Boulder and Starbucks at 30th and Iris were both approved that year amid much hand-wringing, but neither project was ever completed.

“I didn’t see Planning Board as saying that no drive thru would ever be acceptable there ” councilwoman Lauren Folkerts countered. “It was the way this particular drive thru was designed: the two-lane situation … seems different than what we see in this area.”

Read a thread from Tuesday’s discussion

*According to planning staff, a drive-thru was most recently approved in November 2021, but that was a modification for an existing business and drive thru: The McDonald’s on Baseline.