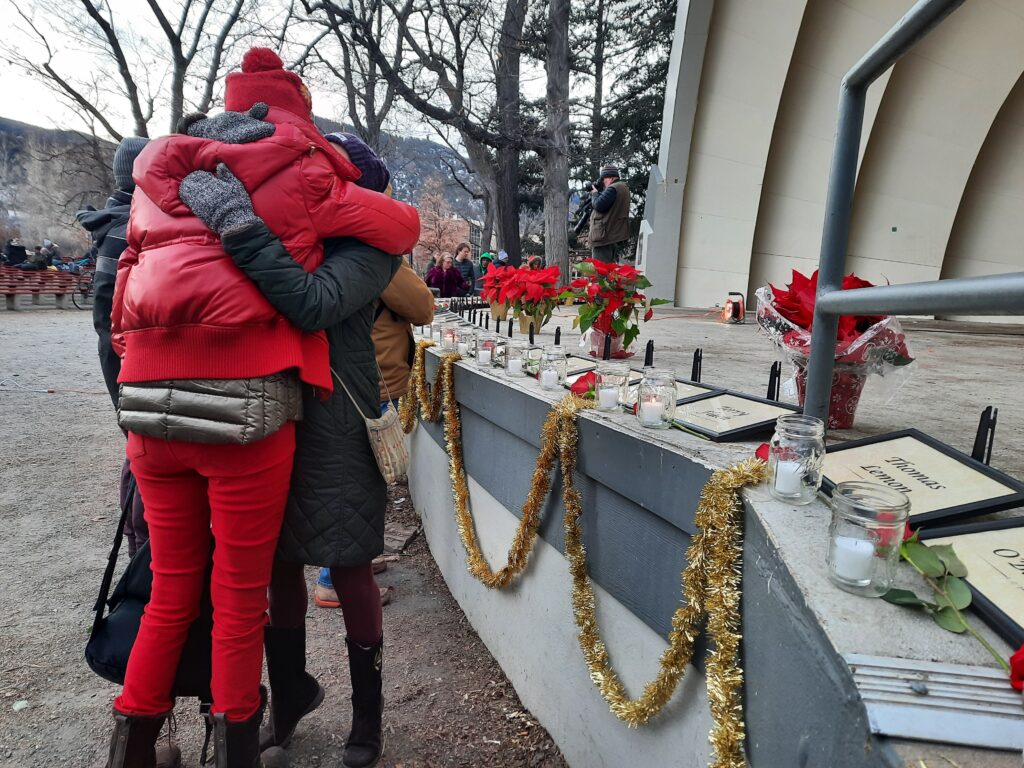 55 members of Boulder’s homeless community were remembered last week as fierce, funny, kind, stubborn, frustrating, compassionate and, most importantly of all, human.

Last Tuesday’s vigil was more lower profile than last year’s, held just after the community learned of Jessica Aldama’s death during childbirth in a tent on the outskirts of the city. Aldama had been ticketed for camping illegally one month earlier, in a spot closer to town.

The last half of the past decade has seen a doubling and, some years, tripling in the number of dead. Boulder averaged 10 deaths each year between 2011 and 2018. Since 2019, the number has not dipped below 20.

“Take the gravitas of that number into your hearts,” said Scott Medina, director of community relations for Bridge House, at the vigil, before a mixed crowd of unhoused and housed Boulderites, elected officials, faith leaders and the staff of area nonprofits who work with the homeless community.

Not all the individuals on the list died while unhoused, but all experienced homelessness and were part of the local homeless community. Their lives were all shortened by homelessness, experts said.

“Homelessness takes a much larger toll on people’s lives than most of the public realizes,” Medina said. “That number is likely only a partial representation of the continued impacts of the trauma that is homelessness.”

“One year of unsheltered living will, on the average, reduce average life expectancy by 10 years,” said Bill Sweeney, who used to run Boulder Outreach for Homeless Overflow, which merged with Bridge House in 2018. One year is the threshold for what the U.S. Department of Housing and Urban Development considers chronic homelessness.

“For two years and three years, it compounds,” Sweeney said. “Someone who is 50 years old and has been living on the street for three years will have the expectancy and frailty of someone who is 80.”

Causes of death are unknown. Boulder County’s coroner publishes an annual report which covers death among the unhoused, but 2022’s will not be published for several months.

Hypothermia has played an increasing role in homeless deaths in recent years, as have drugs and an overall aging of the unhoused population. Increasing homelessness may also result in higher numbers.

The memorial event was held just ahead of record-breaking cold, prompting Boulder and other communities to open warming centers. 107 individuals were hosted at East Boulder Rec Center, 150 at Boulder Shelter for the Homeless, and 42 in hotels.

As of Sept. 1, Boulder County had 179 chronically homeless individuals — though local providers say this number is low — more than three times as many as in communities several times larger than Boulder County, such as Bergen County, New Jersey.

No deaths were reported in Boulder during the recent cold, a police spokesperson confirmed. The difference from past events, Sweeney believes, is that Boulder also provided free transportation to the warming center.

“We may really save lives this time,” he said.

The following list was compiled using information from the Boulder County coroner’s office, local law enforcement and area agencies working with the unhoused population. Where possible, links to obituaries or other public records of the deceased have been added.

If you have a memory or information about the individuals below that you’d like to share, email boulderbeatnews@gmail.com or leave it in the comments below.

Unhoused at the time of death 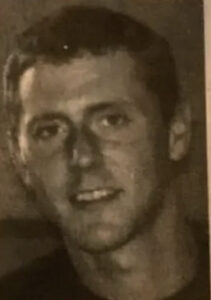 Damon Brian Simmons: “Brian” also known as Damon Brian Simmons Jr., was a talented artist, and an almost vastly well-known horticulturist in Boulder, at one point in time. He was born and raised in Illinois, and had recently come back to Boulder to try to pursue and remand the name he had made for himself years ago. Brian was a father, son, brother and, most of all, he was a friend to many. He would always make you smile, and even if he was silent you had to laugh at whatever he was dwelling on, due to the look on his face. He escaped reality in his artwork, which was abstract and interestingly attention-grabbing. He will be greatly missed by the ones that knew he was more than another person on the street. I’m sorry, B. I hope peace has found your troubled mind. May you rest at ease. – Rachel Merritt

Kenneth Hill
“He would smile even in the worst of weather, the worst of times. He would give you his last blanket, last dollar, last anything. Everyone loved him.” – Jen Livovich, founder and executive director, Feet Forward

Ronald “RJ” Jones
“Such an incredible guy. He brightened up every space he was in. He loved his denim overalls. On Tuesdays at the park, he was the first in line to help and the last to leave.” – J.L.

Shelly Vranesh
“Shelly had been around for as long as I’ve been around, so I’ve known her a good 10 years. Every time I saw her, she was either very drunk or very high on something. She was a very mean drunk or high person: Nine times of 10 we usually had to ask her to leave wherever she was, whether it was the shelter or the daily feed. A lot of different case managers and people in the community tried to help her over the years, to no avail. She was someone I said she’s never going to change, she doesn’t want to change, and she was a lost cause. I lose touch with her when I started working for Mother House. One day, staff called me and said you’ll never believe who showed up at The Lodge door. I was like, ‘Don’t even let her in the door.’ They said no, you need to come down and see her. It was like meeting a whole new person. She had gotten completely sober, reconnected with family, was nicely dressed. She gave me a hug and asked for my forgiveness for the way she’d treated us in the past. It was so exciting and interesting to see the real Shelly. I immediately called Bill Sweeney, and said, ‘You’ll never believe this, you’ve been offered a rare gift to see her this way.’ She was staying with us when she died. It was actually very shocking. She was an absolute delight for those couple weeks she was with us. It really taught me that you can’t give up on anyone, that everyone is capable of change in their life.” – Shanan Collins, COO, Mother House / The Lodge

Steven “Big Red” Manning
“He shared his gear with me on the coldest of nights. He listened. He was either the calm in the storm or the storm, depending on the situation.” – J.L.

Housed at the time of death

Amber “Shorty” Baum
“She was a force of nature, bound to do things her way. From Baseline to Fort Lyon to housing, I knew Amber every step of the way. She will forever be the Shorty of Baseline.” – J.L.

Charles “Chuck” Smart
“The first time we met, we hated each other. I grew on him like a fungus. He was my street dad. He was a great guy. His life stories always had a life lesson to them. Chuck had survived a lot in life and lived a rough life, but despite it all he pushed through and stayed optimistic. Chuck received housing shortly before he passed. He impacted me in a way I don’t think my real dad ever did. He was the only dad that was truly a father to me in every meaning.” – Amy 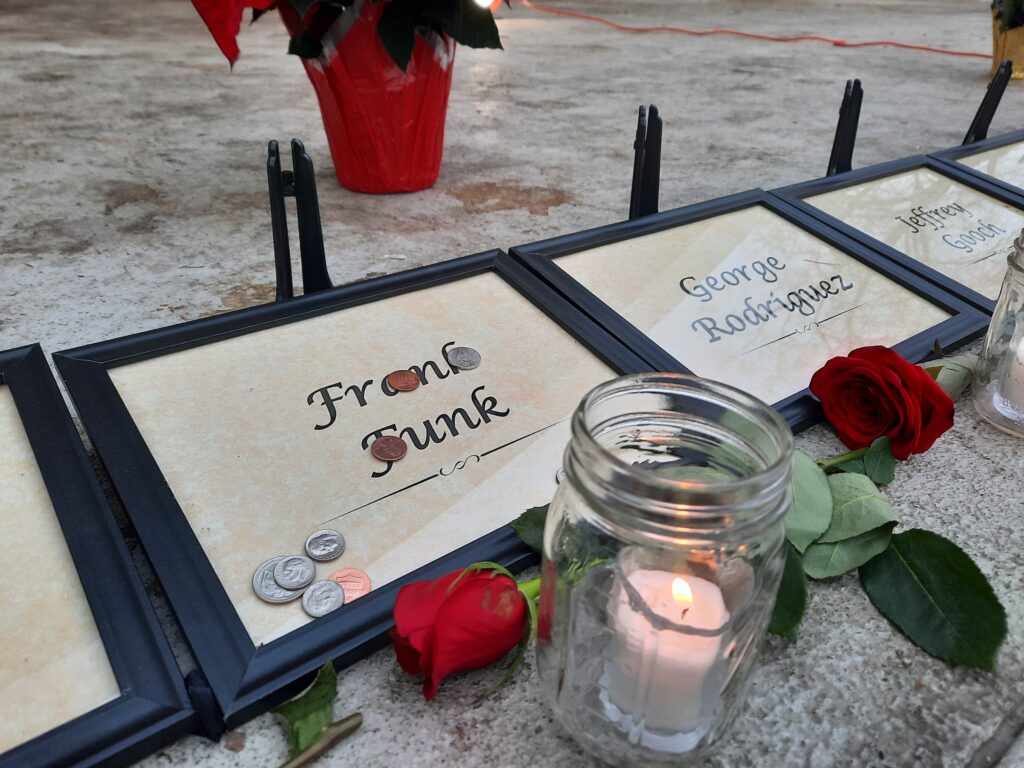 Frank Funk
“He had a distinctive, contagious laugh. You could hear him coming a mile away. Instead of hello, Frank would say, ‘Has anyone told you they love you today?’ He was part of many firsts, including my first arrest. He made the harsh realities of homelessness somehow better.” – J.L.

George Rodriguez
“He had one of the best smiles I’ve ever seen. George loved his family and friends. I’m not sure I met anyone who loved CU as much as he did.” – J.L.