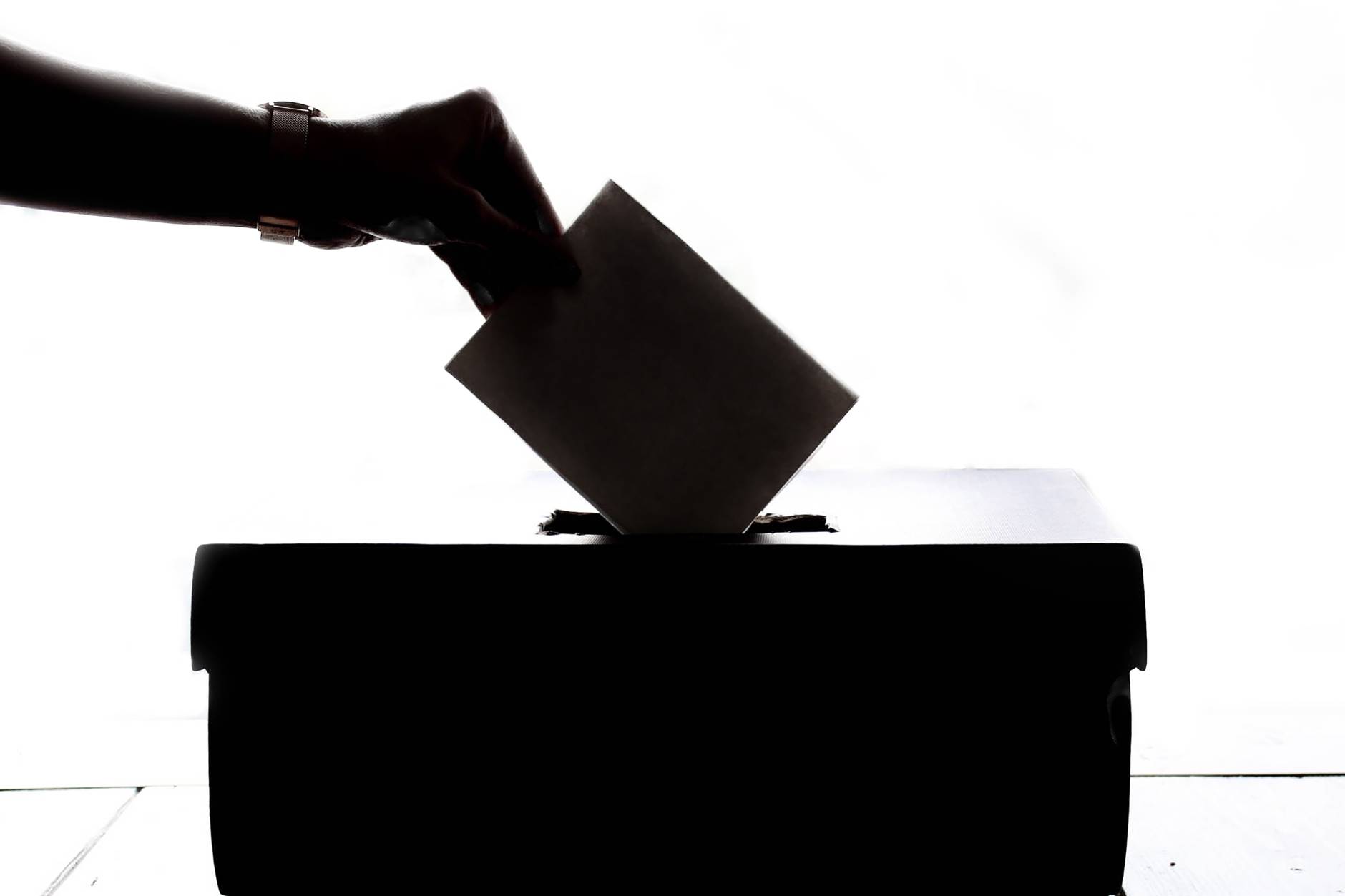 Boulder city council has a packed agenda next week, including weighing what will go on ballots this November, renaming the Municipal Building where elected officials (usually) meet and the first look at negotiations with XcelXcel Energy, a publicly traded utility company based in Minnesota. Energy to provide an off-ramp to municipalization efforts.

Here’s a rundown of what you need to know before Tuesday’s meeting:

Read: “As ballot deadline draws near, finally some news on Xcil-Boulder negotiations”

There will not be opportunity for public input for this item, but you can sign up to speak at open commentDedicated time at the beginning of regular council meetings, where up to 20 members of the public ca... here: https://www.eventbrite.com/e/113401145880

Sign up to speak at the public hearingScheduled time allocated for the public to testify or share commentary/input on a particular ordinan... for this item: https://www.eventbrite.com/e/july-21-2020-regular-council-meeting-6-pm-tickets-113403242150

The other is whether or not council members should have the power to amend the city charter during emergencies. It would be extremely limited in scope, requiring 2/3 majority to approve. The changes would last only 60 days during an emergency declared by the U.S. President or governor of Colorado.

Staff suggested 19 charter provisions that could be temporarily altered, mostly related to timing or the ability to gather or otherwise conduct business:

Possible changes (and rationale)
Sec. 5, paragraph 3: New council terms start third Tuesday of the month. (They may be unable to meet due to an emergency)

Sec 8, paragraph 1: Outlines when council members are removed, if they can’t attend five meetings in a row (May not happen due to an emergency)

Sec. 9, paragraph 1: Lays out terms for new council meeting on third Tuesday in November and when they can call special meetings (May be unable to meet in an emergency)

Sec 10 paragraph 2: Five members = quorumNumber of council members who need to be present in order for council to make a decision. In Boulder..., but a smaller number may adjourn from time to time (May be unable to fill a quorum during emergency)

Section 22: Municipal election must be held on the same Tuesday in November of every odd year (May be unable to hold an election)

Section 28: Petition of nomination must be filed 91-71 days before election (May be unable to meet deadline)

Section 31: Publication of a list of candidates, their addresses, etc. before election (Might be unable to meet publication requirements)

Section 38A: Petitioners must collect signatures equal to 10% of voters participating in last two elections (Petitioners may be unable to gather signatures)

Section 39: Charter amendmentChange made to existing documents, resolutions, or ordinances petitions must submit 90-180 days before election (May be unable to meet deadlines)

Section 40: If petition qualifies, council takes action to put on the ballot 70 days before election (May be unable to meet deadlines)

Section 46: Ten-day certification process after petition submission (May be unable to meet deadlines)

Section 79: Public notice before public improvements, decisions (Notice might not be possible)

Sections 80-81: Planning Board has to OK public improvement (Board may be unable to meet)

Section 88: Fiscal year January to December (Could need to extend or delay)

Section 93: Dictates budget timeline (May be unable to prepare budget normally during emergency)

Section 95: Budget must be adopted by December (May be unable to complete budget)

Section 128: City cannot give water for free (Residents may be unable to pay; this has been the case during the pandemic. The city simply deferred charges.)

Section 130, paragraph 3: Commissions meet regularly/monthly (May be unable to)

Some of Boulder’s boards and commissions may have violated charter provisions, City Attorney Tom Carr said Monday, as they did not meet once a month early on in the COVID crisis. It’s unclear what implications that could have.

Council members have indicated they have serious concerns with the proposal that elected officials be allowed to change the charter, the contents of which are typically dictated by the electorate. Mayor Sam Weaver, for instance, insisted that the ability to shift around spending and “raid dedicated funds” not be included.

If council decides to advance the measure, it would still be up to voters whether or not to extend that power to city council.

Direct placement by elected officials is one way to get on the ballot. Petitions are typically the other. One resident initiative, No Eviction Without Representation, has already qualified. Two other groups are still vying for signatures. But, as reported last week, even if they get the required amount, their efforts won’t be certified by the city clerk.

That means that the only remaining road to voters runs through council. On Tuesday, members will discuss what to do. It’s unlikely any decisions will be made; that will likely happen Aug. 18, councilman Bob Yates said on Monday.

Tuesday will probably be a “preliminary discussion on what our options might be,” Yates said.

Our Mayor, Our Choice: Would use ranked-choice voting to directly elect the mayor (Currently, council members vote on the mayor)

Bedrooms Are For People: Would change Boulder’s limits on unrelated persons living together — also known as occupancy limits. (Three people in most of the city; four people in high-density areas) New limits would be tied the number of bedrooms in a home plus one person

Both campaigns were advised to collect 4,048 signatures by Aug. 5 Carr later said that was an incorrect reading of the city rules on petitions — they were changed in 2017 and 2018 — and that they had been due June 5 with fewer (3,366) signatures.

But at that time, Carr advised campaigns to continue as-is, since they were given incorrect advice. Last week, Carr announced the city clerk would not be certifying the petitions even if they gathered the required signatures

He is recommending council place them on the ballot — if they get the signatures.

Council has shows itself to be disinclined to do so, as they do not support changing occupancy limits. Members haven’t said much on the Mayor initiative.

There will not be opportunity for public input on this item.

Who is Penfield Tate? Boulder’s first and only Black mayor. He obtained a law degree from the University of Colorado in 1968. His practice focused on labor and employment, as well as civil rights and discrimination.

He was elected to city council in 1971, with the most votes of any candidate. Tate was the first Black council member. (In reviewing official council photos on the city’s Flickr account, it does not appear there was another Black council member until Junie Joseph was elected in 2019.) Tate was appointed mayor by his peers in 1974 and served in that role until 1976.

From his work as an attorney, he found that “homosexuals lived in fear that their employers would find out about their sexual preferences,” according to notes shared with council. That inspired him to introduce on ordinanceA piece of municipal (city-level) legislation. to protect people from discrimination based on sexual orientation.

“I thought it was an area where government protection should be provided,” Tate said, according to staff notes.

There was significant backlash to Tate’s proposal. He faced a recall attempt, which was not successful. Nonetheless, Tate was not re-elected following the controversy.

Tate’s son, Penfield Tate II, lives in Denver. His two daughters, Paula and Gail, live in Boulder. The family is being consulted regarding the name change.

Boulder has an official process for such an occasion: the “Policy on Commemorative Naming of Facilities.” It involves an internal application, creation of a naming committee, a community engagement process and final city council approval.

The renaming will cost between $11,000 and $20,000, associated with the replacement of three signs. Staff time is not included in the estimate.

There will not be opportunity for public input on this item at Tuesday’s meeting.