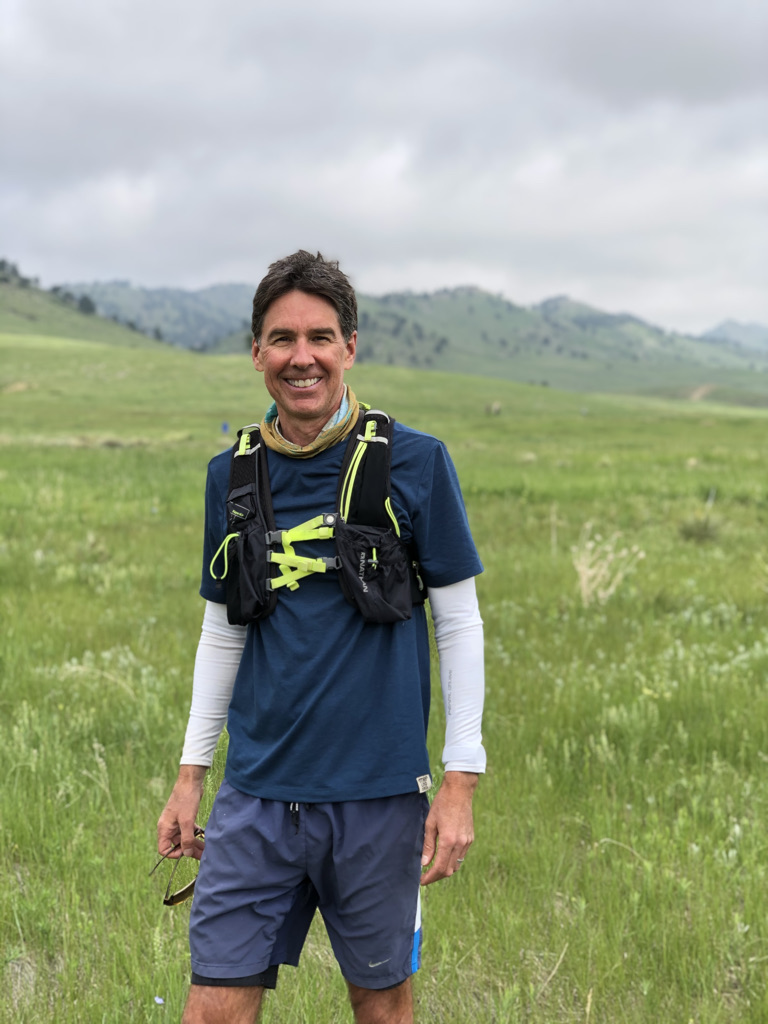 Michael Christy would prefer if politics were a little more personal.

Just as important as the positions candidates will eventually take, he said, are how they will arrive at those decisions — the values and opinions shaped by the story of their lives.

Christy sees a direct line between his life experiences and his decision to run for council.

Being raised by a single mother gave him a window into the lives of working parents and low-income families. It also instilled a wicked work ethic and fierce determination to accomplish his goals.

“Every day was a financial struggle for my mom,” he said. “I started working when I was 12 years old: paper routes, mowing lawns, doing whatever.”

Having all the money from those aforementioned childhood jobs spent by his stepfather made him realize the importance of personal responsibility. His college savings gone, he changed his whole persona (but kept his close friends) from self-described “punk — eyeliner, earrings, hair spiked straight up” — to more clean-cut and university ready.

“I realized no one’s going to take care of me. I literally came to school the next day wearing a button-down shirt and white slacks. And just took a different path.”

That path led him to the Air Force and JAG, then into family law in California and eventually Boulder. Assisting low-income families, often non-English speakers, with domestic violence and divorce proceedings, he discovered the joy of public service.

“I had that fulfillment,” he said. “It made me feel like I’m using my skill set to give back to the community.”

That job also revealed his skill in navigating crises and negotiating compromise in divisive environments.

“I can take people whose emotions are running high, where everything is a crisis, and help them find some common ground and come to reasonable solutions,” he said. In his practice, which continues today, “I get really good people acting on their absolute worst behavior.”

Christy sees a lot of that in Boulder politics, and he’s ready to help.

“I see a lot of division, a lot of polarization, a lot of passion. I don’t see people willing to move from their positions. That’s where I think sort of this bottleneck is in our community.

As far as he’s come, Christy connects this passion to his earliest experiences in life.

In his private practice, “I quickly realized that I can’t throw on a Superman cape and swoop in and save these families. But I’ve never let go of that.”

Christy’s professional and personal experiences have given him a heart for those experiencing struggle that extends beyond mere words.

He is a volunteer at Boulder Shelter for the Homeless and the only candidate who accepted an invitation to volunteer at weekly outreach events; he attended twice, each time bringing one of his children.

(Author’s note: Nicole Speer is a longtime volunteer at this outreach whose involvement precedes her candidacy. Lauren Folkerts and Matt Benjamin have also recently attended this event, not at the invitation of Boulder Beat.)

Christy is also thoughtful and seemingly willing to admit when he makes missteps. For example, at an Aug. 25 candidate forum, he said the city was “being held hostage” in negotiations over CU South. When asked how that aligned with his desire for moderation in debate and anti-polarization platform, Christy acknowledged that was “maybe not the best choice of words” and rephrased while retaining the intent behind his statement.

Why you might not want to vote for Christy

Christy grasps the challenges Boulder is facing, but his proposals are not terribly specific or innovative. (To be fair, he is burdened by being the last candidate to interview, so by now, many proposals feel like rote talking points.)

Christy rejected this criticism, pointing to his proposals for homelessness and transportation (see below).

He also appears to rely heavily on unnamed “people I’ve talked to” to inform him on the issues, which doesn’t seem to be supplemented with media reports or other key sources. This sometimes translates to a shallow understanding of the issues that is lacking in context and perspectives.

For example, his take that Boulder should leave the Regional Transportation District and form its own bus service was “based on what I’ve heard,” he said, “so it’s hearsay. But I’ve heard it from too many people.”

He was correct that Boulder and RTD have a strained relationship but was completely unaware of the history or driving factors behind that (something he freely admitted, to his credit).

Christy also rebuffed this criticism. His research has been “extensive,” he said, and included reading multiple, foundational city documents such as the Boulder Valley Comprehensive Plan, the Transportation Master Plan, the Climate Action Plan, etc.

“I have a 6-inch binder” with research documents compiled during the campaign, he said. As for the people whose opinions he is basing his policies on, his door is still open to all.

“I’ll talk to anyone who will talk to me,” Christy said. “The more people I speak with can only make me a better candidate.”

Christy on the issues

“Let’s utilize the space that we have,” he said. “There are older, dilapidated, run-down strip malls or parking areas.”

Future development should be more than just housing, Christy said, but it should consider how to provide parks space and walkable access to restaurants, businesses, and small grocery stores or markets.

“As much as I support the camping ban,” Christy said, “I think that that needs to be paired with robust services and help connecting them with what they need,” mentioning drug addiction treatment specifically.

“It’s tragic to me that people in our society have been dealt a set of life circumstances that they feel they have no other options other than to sleep in an encampment.”

The answer is not police officers or jail, he said, but social workers or even peer support — “someone who can establish a relationship with those people that they trust.”

“I don’t know if that’s the answer, but I feel like it’s a better step than what I’m seeing.”

“I recognize taking money from one means less money for the other,” he said. “But if we are so serious about addressing a housing-affordability issue, why can’t there be a reallocation?”

Another area of reallocation should be for arts and culture, Christy said. “The arts are what I think help unite us as a community, what brings people together no matter what your background is, what your socio-economic class.”

As for new revenue, Christy supports a head tax (paid by businesses and employees), also funneled to housing: a tax or fee on in-commuters (with an exemption for low-income households).

Christy approaches transportation from a climate perspective, and believes Boulder needs to be “more aggressive in our approach” to reduce emissions from automobile travel. The best way, he said, is to encourage biking by making it “safer and more appealable.”

He supports quick, low-cost changes such as using plastic bollards and paint to narrow intersections (and therefore slow cars down).

As for bus service, Christy thinks Boulder should leave the Regional Transportation District and establish local service. He also thinks large businesses operating in Boulder should be required to provide EcoPasses to employees or pay the equivalent amount to the city so that it could provide bus passes to residents.

The goal, he said, is “net zero impact.”

After initially saying the city was “being held hostage” by the University of Colorado, Christy backed off that language. “I do feel it’s very difficult to negotiate with someone who doesn’t have to negotiate with you,” he said.

Although he “trusts” council members to negotiate, as a lawyer, he said the agreement was “problematic.”

Christy is still forming his opinion. His initial thoughts are that a district may not be necessary.

“I feel like the library is doing a pretty good job,” he said. “And when I think about increasing the property tax to fund something that I feel is already doing a good job, I’m not persuaded that’s the right approach.”