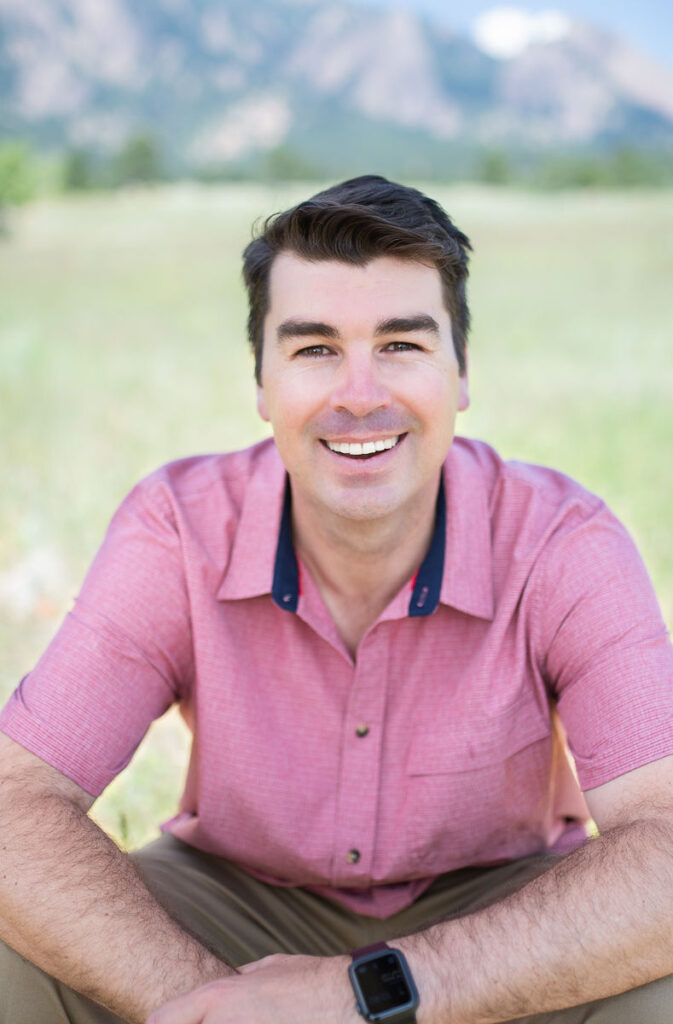 Matt Benjamin watched the 2017 city council election results with a sinking feeling in his stomach. Not because he lost (coming 11th out of 14 candidates) but because he felt his presence as an independent in the race pulled votes away from candidates he supported.

“That is the opposite of the reason you run,” he said. “It was not about me; it’s about how do we build a stronger community. Indirectly, I felt I hurt the community.”

That’s why, two years later, with no endorsement from a political party, Benjamin took a backseat as a candidate and took the helm of The Coalition, a coalescence of political groups who had so far been in the minority. That year, three of their five candidates won seats on city council, shattering records in the process.

He vowed to bow out again in 2021 if he didn’t get an endorsement. But it turned out not to be necessary. The Coalition endorsed him — as did councilman Bob Yates, who is supporting the opposing slate of candidates this year, giving Benjamin cross-party appeal.

Yates was the clinch vote that sent a Benjamin-backed initiative to the ballot in 2020 to elect Boulder’s mayor by popular vote, using a form of ranked-choice voting. Benjamin would eventually like to see the entire city council elected this way.

That will allow independents to run without the backing of entrenched political parties, said the self-described freelance astronomer (not actively participating in academia or research but with a background in astrophysics and astronomy). With a bump in council pay, the field would (hopefully) open up to a wider array of people.

“If council is just reserved for those that are retired, independently wealthy or fortunate enough with the flexibility of work to serve,” he said, “we’re missing out on the ideas, thoughts and values of a lot of people in our community who are extremely qualified to serve but can’t because it’s not economically viable for them.

“That’s not a value system that I think is really in our community, and yet it’s anchored into the very manner in which our government is set up.”

Systemic change is needed not only for the way local government is organized, Benjamin believes, but for the issues Boulder is facing.

“So many of the issues we face are urgent,” he said. “It’s so fundamental that we lift our heads up and look down the trail at what’s coming, rather than this reactive governance we’re doing now.

“We gotta stop think-tanking our way through and start acting.”

Benjamin is knowledgeable and experienced when it comes to local government. He served on an elections and campaign finance reform group, and he has been in the inner circle of political organizations. He knows how things work, which may be an asset on a council of relative newcomers.

He also has shown an ability to cross the aisle, so to speak, which may help to broker compromises on difficult issues.

And though it’s clear he played the political game to his eventual advantage, Benjamin’s priorities are about opening up the halls of power to more people, not fewer. He appears to be ready and willing to use his privilege for good, not personal gain.

Why you might not want to vote for Benjamin

Another way to look at Benjamin’s journey to candidacy is to see someone who played the game. That’s not always the best trait for elected officials who need to make tough calls on tough issues. People who are worried about getting or keeping power can be reluctant to make those tough calls or feel beholden to the political insiders who backed them.

In candidates, this tendency sometimes shows itself as promising everything to everyone.

There’s a bit of that in some of Benjamin’s policies — the budget, for instance. He makes plenty of references for where the city needs to spend (open space, transportation, housing, homelessness, police, parks, library) and no suggestions that square with the realities of limited funds that Boulder is and will likely keep facing in coming years.

In response to his budget approach, Benjamin said he “is not pandering to anybody.” He truly believes that Boulder can generate the revenue it needs for all these areas with strategic investments in the local community. (To be fair, his policy proposals for housing, homelessness and transportation are specific, giving voters a way to hold him accountable.)

Benjamin views his experience as an asset. He sounds like a “polished” politician because of his four years of heavy involvement. Yes, he “played the game” to succeed in politics, he said, but he doesn’t believe that’s the appropriate mindset once people get elected to office.

“I don’t treat these serious issues as a game,” he said. “This is why I want election reform. You can only do as well as the system you create gives you the tools to do.”

Benjamin on the issues

Housing “is an urgent need in our community,” Benjamin said, citing a survey that showed more residents are concerned about housing than they were five years ago. That increase “tells us our current efforts are insufficient, an indicator that we’re not doing enough.”

In addition to existing affordable housing requirements, spending and programs, Benjamin would require less parking for housing, to make better use of limited land. He would build housing primarily on or near streets with public transportation, including types of structures that are currently prohibited in much of Boulder: duplexes, townhomes, etc.

“Is that a broad, sweeping” change he’d like to see everywhere? “No. I’m never a fan of blanket policies across the city.”

Benjamin does not support the removal and criminalization of people living outside, which he calls “immoral” and ineffective. The narrative around homelessness has created a “false choice that you’re either choosing greater enforcement and therefore less services,” which ignores that more services — or more effective services — could reduce the number of people living on public land.

While focus and funding for housing has increased in recent years (with success), services have not, Benjamin said. A day shelter closed in 2017, and beds were reduced last year. There are people falling through the cracks who are harmed by encampment removals.

“It only adds to the trauma and makes it even harder for them to access the very services we’re providing,” Benjamin said. “We’re actually undermining our very goals to try to help them by doing this.”

The city needs to lead with “empathy” and “human dignity” by investing in services that allow people to get their basic needs met, such as restrooms, laundry, showers. He supports experimenting with sanctioned camping, safe parking and day shelters, using upcoming federal COVID funds.

Improving the current system doesn’t always mean expanding services, Benjamin said. Efficiency and collaboration could be improved, too, to keep people from falling through the cracks. He was “shocked” at Jen Livovich’s summer outreach event to see that some providers were meeting for the first time, and he suggested appointing an “unhoused czar” to “provide the umbrella or glue” for the system.

“That is, to me, where the greatest efficiency can be (to make use of) shared resources but also making sure there’s not overlap,” Benjamin said. Such coordination would make it easier to “define what are those missing pieces” so that the system overall can be improved.

Benjamin would like to move the city’s budget from its current cycle, aligned with the calendar year, to one that aligns with the election of city council. Budget discussions for the upcoming year occur in September, with public hearings and approvals in October. Final approval is required by Dec. 1, but with newly elected officials taking their seats in mid- to late November, there isn’t time to participate or make changes.

“You handcuffed a brand new council for an entire year by approving a budget just before they’re sworn in,” Benjamin said. “It’s not how we invest in our values if a community puts their trust in the values of a new group of people on council who are just saying yes or no to the previous council’s decisions.

As for city spending, Benjamin believes there is room for “recalibration” between and within departments. He also acknowledged that changing the structure of city operations may sometimes require more funds, not less.

He used the police department as an example, where he would like to see mental health crises handled by workers in those fields, a la Denver’s STAR program.

“This might actually be an inevitability that we may need to actually invest more in our police, for training, in order for them to reinvest in us,” Benjamin said. “I don’t think we should be taking money from the police as a penalty for indiscretions or because of the systemic racism that exists. I don’t think that’s the right way to go about change.”

Benjamin is not a fan of big, sweeping cuts until the city has recovered from COVID. The best way to accomplish that, he believes, is to invest in the business community through streamlining red tape and investing in housing that the workforce can afford.

“It’s really important for us to understand that we’re really coupled to the strength of our business community, in order to generate the revenues (primarily via sales tax) for the services that we all want,” he said.

Benjamin would like to not only reduce the amount of required parking but — where appropriate — eliminate parking entirely. Primarily, this means where residents have easy access to non-car transportation options: next to bus service and/or multi-use paths.

Those would also be good places to allow more housing by changing underlying zoning, Benjamin said. He would like to see the planning and transportation departments working more closely together to determine where that makes sense.

“We need to synergize (and) plan for where our future transit arteries are. Maybe we need to think about greater density in that area because we’re actually trying to improve our transportation along the corridor.”

He would also like to see more protected and/or separated bike lanes and/or pedestrian facilities along roads, to encourage more non-vehicular travel

“That’s a barrier of entry for more people who want to bike or walk,” he said. “They’re just not comfortable. They don’t feel safe being on the streets because we’ve put cars and bikes together.”

“It actually comes down to a simple premise. Do you support saving lives? I do.”

Benjamin supports formation of a district as a way to ensure more consistent revenue for the library and help out the city’s overstretched general fund by relieving at least $7 million in spending currently funding the library.

“That’s a lot of money that can go to a lot of great services,” he said. “A district will spread the tax base out and create more equity in terms of who is funding the services. To me, it’s a no-brainer.”