(Author’s note: The policing discussion has been moved to Aug. 25. The article has been updated to reflect that. The remaining items detailed below are still scheduled for discussion Aug. 4)

Boulder this month will get a look at reforms promised by police chief Maris Herold in the wake of a national reckoning over police violence that is coinciding with an update to  BPD’s master plan. Training has begun in new policies restricting when and how force and firearms can be used, along with an overhaul of disciplinary practices.

Here’s a high-level look at information being presented Aug. 25, as well as other topics council will be tackling:

Herold in June outlined planned changes to the way Boulder cops interact with civilians. She explained the shift as moving away from a focus on prioritizing police lives to one where zero casualties is the goal in altercations and the sanctity of human life was central to every decision surrounding use of force or weapons.

A policy has already been put in place: Integrating Communications, Assessment and Tactic (ICAT), which “is designed for situations involving persons who are unarmed or are armed with weapons other than firearms, and who may be experiencing a mental health or other crisis.”

Guidelines include a ban on chokeholds and prohibits officers from pulling weapons unless there is an immediate threat to the life of the officer or civilians, according to notes shared with council. It also requires cops to “intervene immediately when witnessing inappropriate or excessive use of force.”

Other principles of ICAT include:

Use of force will be subject to “impartial review” to ensure it falls under ICAT principles. Any misuse or excessive force will be “remediated” with further training or “discipline, up to and including termination.” Focus groups, including the police union, are developing a disciplinary matrix.

More than 30 officers and sergeants have been trained in ICAT so far. Further training will ensure that the policy applies in traffic stops, bias-policing, response to civil disturbances, mental health response and people experiencing homelessness.

Additionally, a “training section” has been established in the department, staffed by one supervisor and  four officers. A new position has been created: data and policy advisor position. Elizabeth Christenson will fill that role.

BPD is seeking accreditation from the Commission on Accreditation of Law Enforcement Agencies. The process will take 2-3 years.

Joseph Lipari, Boulder’s recently hired independent police monitor, will be introduced Tuesday. Ordinances for civilian oversight are being developed; drafts will be presented at a Sept. 22 study sessionA council meeting where members deep-dive into topics of community interest and city staff present r.... If adopted Nov. 5, as scheduled, recruitment for the Police Oversight Panel will begin. Lipari, 11 residents and one police department representative will make up the panel.

The police master plan was last amended in 2013. BPD’s budget has grown modestly since that time. Its workforce has remained the same, though the addition of 11 officers was offset by reduction of 10 civilian employees.

The last master plan update resulted in the creation of the Homeless Outreach Team, officers who work with people experiencing homelessness, and a program for co-response to mental health crises. The Neighborhood Policing Area Program was also established.

According to notes shared with council: “Neighborhood Policing Area Program … assigns officers to specific neighborhoods in Boulder with the goal of collaborating with community members and businesses on public safety issues. In addition, the Neighborhood Impact Team has been expanded to work in traditionally underserved parts of the community with the goal of building trust in communities that may be reluctant to call the police.”

It will take two years to overhaul the master plan, for which $150,000 has been allocated. Council will appoint two members for a Police Master Plan Process Subcommittee.

Other topics up for consideration Tuesday, Aug. 4:

MuniA utility that would be owned by the city of Boulder. Shorthand for municipalization, which is the p...: Council will conduct a first readingThe beginning of the process that codifies an ordinance; it’s the first opportunity for council to... of the settlement deal between Boulder and XcelXcel Energy, a publicly traded utility company based in Minnesota. Energy. A discussion is not scheduled for Tuesday; a public hearingScheduled time allocated for the public to testify or share commentary/input on a particular ordinan... will be held at second readingThe second opportunity for council to examine an ordinance, and when the public is invited to weigh ... on Aug. 18.

What, exactly, are Boulder and Xcel agreeing to?

No Eviction Without Representation: This citizen-led petition effort qualified for the ballot with a measure to provide attorneys for Boulder renters facing eviction. On Tuesday, council will consider an alternative that expands the program to include rental assistance. The tweak has been sanctioned by the group sponsoring the petition.

Because the ballot language will be different from what was circulated and certified, council will have to send the measure to voters itself. A public hearing on ballot content is scheduled for Sept. 1.

In-person council meetings: The current plan is to resume meetings at the Municipal Building by Sept. 1, but that decision will ultimately be dictated by COVID.

COVID briefing: Council will receive its first update from local health officials since early July.  At that time, a June surge was dwindling, but cases have since climbed and the number of available ICU beds in the county (35) is almost dangerously low. 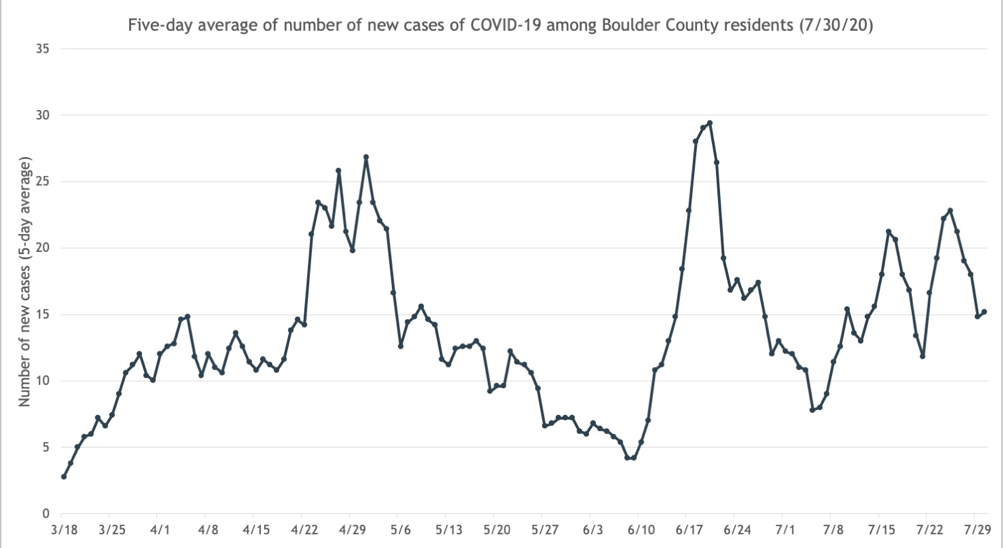 School reopening: Boulder Valley School District will share its plans with council, as officials from the University of Colorado did this week.

Call-up: Council may vote to review annexation of 5.89 acres at 5600 Airport Road into city limits and associated plans for a three-story, 111,645-square-foot laboratory or research facility. As part of the annexation, Boulder will receive 1.6 acres of land to dedicate as open space.

Planning Board approved the annexation unanimously and voted 6-1 to OK site review for the building. A public hearing is planned for Sept. 15.