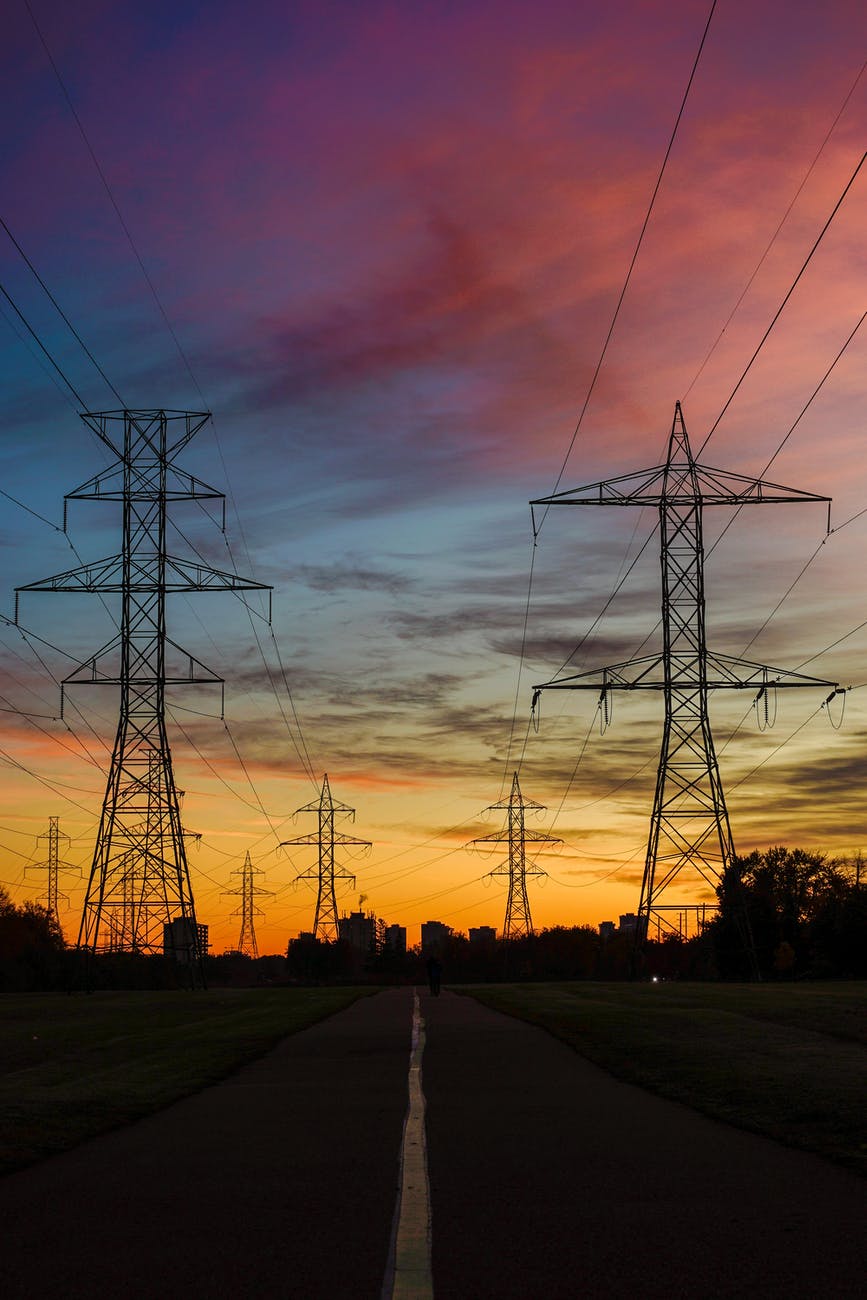 The city in July announced a monumental settlement with XcelXcel Energy, a publicly traded utility company based in Minnesota. Energy that, if approved by voters, will end 10 years of municipalization efforts (for now) and re-establish a franchiseA legal agreement between a power provider and customer (in this case, Xcel and Boulder) governing t... agreement between Boulder and the utility company.

A closer look at the details of the agreement is below. Read the full text for yourself.

A franchise agreement will be re-established, which means that Boulder gives Xcel “the right to use city streets, alleys, rights-of-way, public easements and other public property for the purpose of providing electric and natural gas utility service to the residents and businesses within the city.”

Xcel will resume payment of a franchise fee to Boulder’s general fund (more on that below). Boulder hasn’t been in franchise since January 2011, but because electricity is essential, Xcel still has to provide power.

Boulder will stop pursuing a city-owned electric utility (municipalization), which includes dismissing pending court cases and regulatory proceedings. Two condemnation cases are ongoing. Boulder appealed the dismissal of its first 2019 filing. Once that judgement is handed down, the city will withdraw the other condemnation case and agree not to file anything else in court related to municipalization. Boulder will also cease proceedings with federal regulators.

Xcel agrees not to do any work on municipalization in the meantime, and Boulder won’t pay for any. If Xcel wants to upgrade Boulder’s system, any improvements over $5 million — except for reliability or safety, or those already approved by state regulators — will be subject to the city’s OK.

But the city will be able to try again for a utility in the future. Court cases, regulatory proceedings — all of that will resume if Boulder is unhappy in a partnership with Xcel. Several conditions of the agreement address future municipalization attempts, including:

State regulators will still have to issue final approval on eventual municipalization, after citizens vote, and will require a joint application from Xcel and Boulder for the separation of the two systems.

Before re-filing for condemnation, an appraisal of the system will be conducted. Boulder and Xcel have to agree on who produces the appraisal and the method used. If they can’t agree within 60 days, Boulder will pick.

A purchase price will be negotiated for no less than three months before Boulder can file for condemnation in court. Boulder will not be responsible for Xcel’s attorney’s fees — as it has been throughout the current municipalization process — unless the court-determined value of Xcel’s system is 150% or more than what Boulder offered.

Xcel agrees not to object to future condemnation action, though both Boulder and the utility company can appeal federal rulings on stranded cost awards.

Boulder will have a way out (many, actually) from under Xcel. Franchise agreements are for 20 years. State law allows cities to opt out twice: year 10 and year 15. Boulder will have many more chances, in certain years if Xcel doesn’t meet its carbon reduction goals and in others “without any reason.” A vote of the people or a six-member majority of council can end the franchise in 2023, 2025, 2026, 2028, 2031 and 2036.

Xcel’s carbon reduction progress will be measured based on this agreed-upon schedule:

If Boulder wants to opt-out at the five, 10 or 15-year mark, it will have until Dec. 31 following the anniversary of franchise approval by the PUC to notify Xcel of its intent. For opt-outs based on emissionsIn this context, the GHG that are released into the atmosphere from the burning of fossil fuels to g..., the city will until mid-December of the following year — covering two November election cycles. It’s unknown what time of year that data may be released.

“For good cause shown and with mutual agreement between the parties,” the agreement states, “these thresholds may be adjusted due to extraordinary circumstances.”

A 2/3 majority (six members) of council or a vote of the people (either by petition or referendum) can end the Xcel franchise, triggering a return to municipalization.

The city could still achieve 100% renewables by 2030,  the target set by its climate commitment. At least half of Boulder’s power will be produced within the city. Xcel will continue to transmit, deliver and buy power that Boulder generates, as it does today. (Fun fact: Did you know Boulder’s wastewater treatment facilities produce hydroelectric power?)

Bridging the gap between Xcel’s 80% reductions and Boulder’s own goals may require local projects (See more below) and grid planning. Three bodies will oversee this work: executives from Xcel and Boulder; operational staff from those two parties; and an “advisory committee” of community members, business leaders and CU representatives.

Proposed projects are ones that can be completed within five years, are “designed and structured to have the broadest impact to the most residences and/or businesses possible,” address Boulder’s goals around equity, and couldn’t otherwise happen without teaming with Xcel. Both parties will seek outside funding and may contribute to costs themselves.

“The agreement does not require the city to expend any funds. It will allow the city and Xcel to look at the financial viability of projects, and to the extent the city decides, it will be able to decide if the project is worthy of city, company, or grant funding.”

The city may also recoup some of its investment in these projects, should Xcel choose to implement them elsewhere:

“To the extent Boulder financially funds 100% of a project or pilot program which are then offered by Xcel Energy, within the 10 years of project or pilot launch, to other Colorado Xcel Energy customers, Xcel shall reimburse Boulder as necessary,” the agreement reads. “Such reimbursements may be subject to PUC approval.”

Xcel will pay $33 million to bury Boulder’s power lines, over the life of the franchise. The company dedicates 1% of revenue generated by a city to “underground” lines in that city. Buried lines make outages less frequent (since trees and debris aren’t falling on them during storms).

In Boulder’s rocky soil, it’s an expensive undertaking. The city missed out on $10 million worth of undergroundingBurying power lines underground. This reduces outages, which are often caused by trees, etc. falling... while out of franchise. Xcel has pledged that about half its spending ($16.5 million) will occur in the next five years.

Priority areas are TBD, but staff said Boulder’s equity filter will be applied to the decision-making process.

Xcel and Boulder will jointly lobby state lawmakers for change. A handful of topics have been proposed, the most crucial being a rule that says a property can only generate 120% of the electricity it consumes. That’s important because it limits the ability of those who can’t install solar (renters, for instance) of powering their homes with renewables.

A franchise fee will replace the Utility Occupation Tax in the city’s general fund. Xcel pays every city 3% of the revenues it generates there, via a franchise fee. It’s charged on customer bills and sent to Boulder. That fee was replaced with the UOTUtility Occupation Tax. The first part was initially passed in 2010 by voters, to replace the Xcel f... via a 2010 vote of the people. Once a franchise is re-established, the franchise fee will replace $4.7 million of UOT revenue.

The portion of the UOT that funds municipalization will end. Voters in 2011 expanded the UOT to pay for exploration of a city utility. That was extended in 2017 and is now set to expire in 2022, or when Boulder is back under franchise. Boulder will have to ask voters to repurpose that money (just under $2.1 million) to pay for the aforementioned pilot projects; that measure will be on ballots alongside the settlement agreement this November and would redirect UOT funding and extend it through 2025. The tax is expected to bring in $2 million per year, which would be put toward reaching the 100% renewable target or to help lower-income residents pay utility bills.

“The city will need to devote substantial resources to the effort to decarbonize the electric supply completely,” staff wrote in notes to council.

(Author’s note: This article has been updated to reflect the release of the full settlement.)