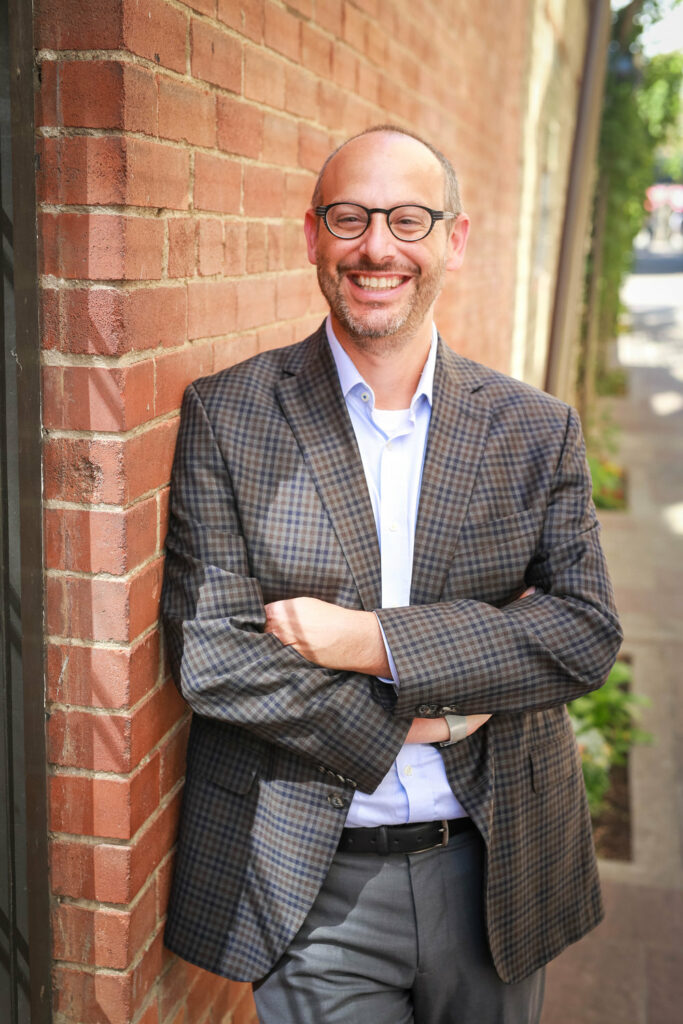 Dan Williams has a resume that would make many a progressive proud.

In college, he led anti-apartheid protests on his campus, convincing the university to divest from American companies doing business in segregated South Africa. His first career was in public policy, working for the U.S. Department of Health and Human Services.

Williams moved into private law practice when he and his family moved to Boulder, but his pro bono work has included civil rights cases, Title IX work and, recently, fighting for protections at El Paso County jail after 88% of inmates tested positive for COVID and a deputy died.

“I’ve always wanted to make a difference for people,” said Williams, who credits his compassion in part to his upbringing. “I remember my mother talking with me about values as a Jewish American and how important that is in the Jewish community.”

“And I think we can change that.”

Williams has been involved in city politics and government through his work. He represented Bedrooms Are For People in that group’s fight to access the 2020 ballot, and he represented Sammie Lawrence after his arrest while filming a police officer. (If elected, Williams would have to hand off any ongoing cases; he has already begun the process for the Lawrence case.)

Police reform is a big tenet of Williams’ platform. He would like to see a smaller police budget with fewer responsibilities for police.

“We should stop relying on our police for social problems” — homelessness, mental health, domestic violence — Williams said, and instead turn to social workers and mental health professionals. Ditto for “lifestyle complaints” such as noise and other code violations, which can be handled by civilian employees of the city.

“It’s not a knock on police,” he said, “it’s just not what they’re trained to do well. We need to focus our police resources on stopping and solving property and violent crimes.”

Whether on policing, homelessness or housing policies (see below), there’s an overall need for Boulder to admit when things aren’t working, Williams said, and be willing to “go out on a limb” to do what’s right.

That’s what he feels he’s done in his personal and professional life — including those lawsuits against the city.

“We want people on city council who stand up for government doing the right thing,” he said.  “I’m someone who not only says that but has actually done it, and I’ve done it in a way that I can do in my professional capacity as a lawyer.

“I’m running to make sure our rhetoric matches our reality.”

Williams genuinely has a heart for people and lives out the values he espouses. He has a good grasp of his strengths and weaknesses, and he demonstrated humility when discussing his work.

When asked about his favorite cases as a lawyer, he didn’t mention complicated legal precedents or ego-boosting victories. Instead, he talked about helping a business owner restructure his finances and guiding a domestic violence survivor through divorce and custody proceedings — simple cases that nonetheless made a big difference in his clients’ lives.

His previous experience as a budget analyst for the U.S. Department of Health and Human Services will come in handy as Boulder faces long-term financial pressures.

Why you might not want to vote for Williams

As a practicing lawyer in a (relatively) small town, Williams has worked with and for a lot of local companies, which means he may be conflicted out of some council decisions. (Though he has “rarely” worked with developers, he said.)

As for any conflicts of interest with past clients, Williams said he will simply recuse himself. He sees experience as an asset.

“There’s a reason we see a lot of lawyers in public office,” Williams said. “We understand laws, dealing with arguments and advocacy, and then ultimately dealing with ordinances.

“A priority for me for the future will be thinking about how to recruit more diverse council candidates.”

Some Boulderites demand to jail the poor while the rich go free. Daily Camera, April 6, 2021

Williams on the Issues

Williams believes “city council has been moving in a good direction” by prioritizing housing, but he wishes they would move a little faster and look at more options.

Specifically, he’d like to see the development process “streamlined and simplified” and zoning rethought to “make better use of existing lots and existing homes.” That includes allowing duplexes in existing neighborhoods (currently, single-family homes are the only dwellings allowed in about 70% of Boulder’s residential land), easing occupancy limits and possibly expanding where ADUs and co-op housing can go.

“The compromises that were made” for ADUs and co-ops “were such that we’ve seen little activity on either of those fronts,” Williams said. “We should look at the data, look at if these are actually working as intended. I think what we’ll find is they’re not and we need to make some changes.” (The current city council has discussed a fresh look at ADUs in light of the last three years of data collection.)

“If we’re going to have more people who aren’t just the wealthiest, we need to be really intentional about our housing strategy.”

Williams is ardently against the camping ban and the city’s current enforcement campaign. He sides with national and regional experts, data and best practices that show criminalization is ineffective and costly.

“Maybe we could look at the compassionate approach as a way to actually solve the problem.”

He would prefer to see investment in services. He would “repurpose” funding currently being spent on extra enforcement — city council in April OK’d $2.7 million for six additional officers to respond to unhoused residents, plus an internal camp removal team and other enforcement and deterrence measures — and use it to pay for day services, transitional housing for those residents with substance abuse issues, and designated camping and parking areas.

“If you don’t want people outside or in the library drinking and using drugs and doing things that people find socially unacceptable, we need to have places where people can be, where people can shower, wash their clothes, use computer terminals to do things like look for housing or look for jobs, or reconnect with family or friends.”

Williams rejects the argument that the issue is too big for Boulder to handle.

“One thing Boulder has going for it, unlike Denver or certainly Los Angeles, is we’re actually doing with the relatively small population of people. You can actually get to know each person and help each of these individuals.”

Williams’ approach to slowing sales tax revenue — which makes up about half of Boulder’s budget — would be to shift current resources around rather than pursuing new or increased taxes.

“One of the things I want to do is make it easier to live and work in Boulder,” he said, “and new taxes cut against that. I could be convinced (that) we need additional revenue, but at this point, I don’t see it.”

He would like to see elected officials get involved in the budget process earlier as well as more comprehensive thinking about where our money is going. (Council is moving in this direction with the launch of a financial strategy subcommittee and comprehensive review.)

“The budget is presented (to council), and there are few changes at the margins. And then the budget passes, but we don’t ask the big questions about trade-offs, where our resources are going and whether our spending is aligning with our priorities. I’m not sure that it is. (We’ve been) going on autopilot for a long time.”

He likes the idea of “zero-based budgeting,” which was used in his previous work as a budget analyst. “You start from scratch and say, ‘What do we really want?’” and then put your resources there.

A specific concern is the overall size of the city organization.

“The number of city employees has increased year over year. One question I ask myself is did we get a better city for the additional staff? It’s not obvious to me that there was a lot of net improvement.”

“I’m not saying we should do a wholesale reduction in the size of city staff.” That happened during COVID, “and it was really harsh and not the way anyone wants to implement staff cuts. But I do think stepping back and asking some of these bigger questions of how many people do we need in that department would be helpful.”

Williams bikes, drives and uses transit. As such, he wants a transportation system that works for all modes of travel (though he would reduce the amount of parking required for homes and businesses). Where we’re currently falling short, he said, is protected bike lanes and robust bus service.

He’d like to see a protected bike lane — separated physically from the street by more than just paint — along 19th Street and “look at other corridors” where they make sense, such as 30th Street.

For transit, Williams would like to see EcoPasses provided to all BVSD students and bus service “free or almost free for everyone else in the city.” Boulder may need to look beyond RTD to achieve this level of service, he said. (The city has been exploring options for a more local transit agency.)

“I don’t know if ultimately that’s the right partner. It would be better to do it in partnership, but if not, we need to figure out how to do it on our own.”

The biggest thing missing from the city’s approach to transportation is “creativity,” Williams said, to solve problems quickly and cost-effectively. “We need to empower our transportation staff to tell them we’re going to back them up if they take some bold action.”

Williams is generally supportive of the effort to form a district but feels the choice ultimately belongs to voters, not elected officials.