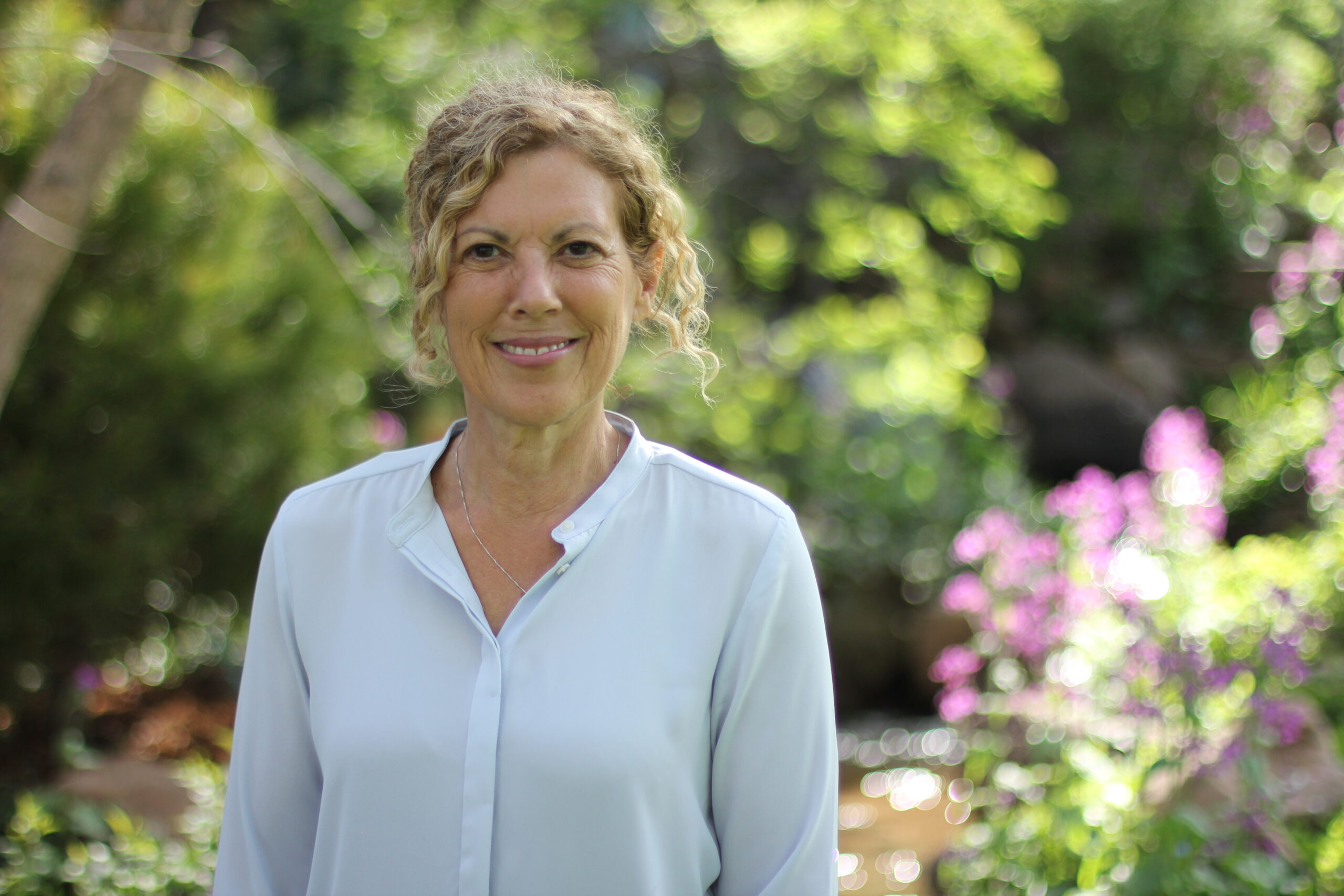 Tara Winer is “not a sweeping change kind of person,” she said.

Her approach to problem solving has been honed over nearly 30 years of business ownership, plus plenty of participation in local government. She first worked on the Chautauqua Access Management Working Group.

The popular, now-perennial shuttle was that group’s answer to parking woes. But according to Winer, it took a lot of compromise to get there.

Winer’s approach was to broker compromise. It worked — so well that the city recruited her to be on a working group for the 2017 extension of the Community, Culture and Safety Tax. (Another extension, under a new name, is on the ballot this year.)

From there, she was appointed by city council to the Boulder Urban Renewal Authority. BURA never met (it hasn’t been convened in more than a decade), so Winer next applied for and was appointed to the Parks and Recreation Board before deciding this year to run for city council.

“Business and government aren’t the same, but you do learn some skills” running a business that are useful in elected office, Winer said: “collaborating with others, identifying unintended consequences, understanding complex problems and trying to solve them.”

Winer also brings her personal style of peacemaking to the table. She frequently encourages political acquaintances to reconcile, giving little nudges and reminders to bend a bit and preserve relationships.

It’s this skill she believes is most needed in Boulder, where partisans tend to line up and dig in on various issues. Positions are often based on philosophy, she said, not reality.

What Winer tries to do, she said, is “move people toward a solution, with humor, and not get bogged down in things that can never happen.”

This practicality is one reason she’s not in favor of huge overhauls on things like housing, the budget or transportation (in addition to her aforementioned focus on avoiding unintended consequences).

Mental health is an example of the wrong kind of sweeping change, she said. The psychiatric hospitals common in the early to mid-1900s were plagued with systemic issues, but their closure left thousands without care or support and contributed to mass homlessness.

“They just ended it, and they didn’t help the people that are suffering,” Winer said. “You can’t just hope for the best. You need a plan.”

Winer tries to strike a balance in her take on most issues. Sometimes, though, her stance is to correct a perceived imbalance. Such is the case with public safety and the camping ban, a Boulder law that prohibits living in public places.

“I want to be egalitarian, but I also feel like the community is worried about crime and safety,” she said. “Things were better before COVID. All the sudden, we had COVID and a push for social justice, which is great. But how do you find a middle ground where you run a city well and people are feeling safe?

“My top reason for running is that this community stays strong after COVID, economically and safety-wise, and also able to intersect social justice with that at the same time.”

Winer has a lot of experience navigating city groups and boards, which could be an asset on a council of relative newcomers. She has proven leadership skills, from this and her professional life.

She handles criticism very well, acknowledging her weaknesses and actively working to strengthen them.

Winer doesn’t seem hyper-partisan. She often expresses admiration for sitting council members and candidates from various groups, and (lightly) condemns factions who come to the table with unrealistic demands.

Why you might not want to vote for Winer

Winer demonstrates a thorough understanding of the challenges Boulder is facing, but she’s a little short on the solutions side. Despite listing creative housing solutions as one of her priorities, none of her proposals were all that innovative or separated her from other candidates.

Winer is often noncommittal on issues. This could be due to her proclivity to find the middle ground or a reluctance to take sides and alienate possible supporters. (She frequently references her many friends of all political stripes.) Taken together, it casts some doubt on how Winer might ultimately vote on divisive issues.

Winer acknowledges her hesitancy to take strong positions and views it as a positive.

“I like to leave leeway in case I find out that I’m wrong,” she said. “I am going to be flexible on every issue except safety and the camping ban, and I struggle with it because I care about people generally, and if I know someone, I care about them more.”

Winer on the issues

“You have to use government intervention to get middle, moderate and lower-income housing,” she said, “because the market isn’t going to do it.”

She would also like to see a greater diversity of housing types. Boulder should build where neighbors won’t object, like close to business and shopping districts, near bike paths and buses and in the planning reserve — roughly 500 acres north of city limits set aside for future development.

“It’s best to start projects where they actually pass,” Winer said. “I’m not blaming any neighbors for protesting; I don’t have an opinion about that. But if I want to get a project happening, I would put it in the place where it’s most likely to happen,

“Let’s first do that first, do the infill in the places where it will work. And once that’s done, we’ll get to the next project.”

Winer is in favor of enforcement and services.

“You should do both,” she said. “You can’t not have public safety, and you can’t not help the people experiencing homelessness.”

She supports the housing-first approach but would like to see more robust offerings for mental health and drug addiction treatment, as well as re-establishing day services for unhoused residents. Boulder has not had a day shelter since 2017; residents have to leave Boulder Shelter for the Homeless each morning.

Here, Winer sees a lot of problems but not many solutions.

“The biggest problem is that we’re very dependent on the sales tax,” she said. “COVID had a way of showing all the weak areas: The parks budget was slashed, the libraries closed.”

But property tax — a more stable and growing source of revenue — shouldn’t be raised because “older people on fixed incomes would freak out.”

“I actually don’t know what the answer is,” Winer admitted. “But I do know we’re too dependent on sales tax, unless this is the only pandemic we’re ever going to have.”

She could be in favor of raising fees if they don’t impact low-income residents. None of the fee increases Boulder is currently considering pass her test for that, except perhaps at the golf course.

Winer is hopeful that monies coming from legal settlements related to the opioid epidemic and COVID recovery funds can help add to city services.

Winer is in favor of carrots (building better bike infrastructure) over sticks (charging more for parking). A north-south protected bike lane is needed, she said, but we also need to maintain city streets for driving.

“We need to advocate for everything. Bike paths: Make sure they’re clean. Make sure they’re safe. Make sure the bike tunnels are lit and not dark. One of the big things here is everyone says, ‘Get on your bike and don’t drive; don’t have a single occupancy vehicle,’ but people are people, and unless it’s easy for them, they’re not going to do it.”

Winer would also like to see Boulder leave the Regional Transportation District and establish its own local, electric bus service and “mobility hubs” where users could catch the bus, securely store their own bikes, rent bikes/scooters and catch a rideshare. (One such mobility hub is already planned for Arapahoe and 55th in East Boulder, to accommodate bus rapid transit from Brighton to Boulder.)

“Depending on RTD, to me, doesn’t seem like logical,” she said.

Winer supports flood mitigation and therefore the annexation agreement as the best way to accomplish the flood protection project. But she also empathizes with those opposed to the project and feels they have helped make the agreement better.

“It’s a good thing people have complained about it,” she said, “because with every iteration, it gets better.”

“I’m leaning toward” supporting a district, Winer said, because of the deep cuts the library sustained during COVID. But Winer has yet to make up her mind.