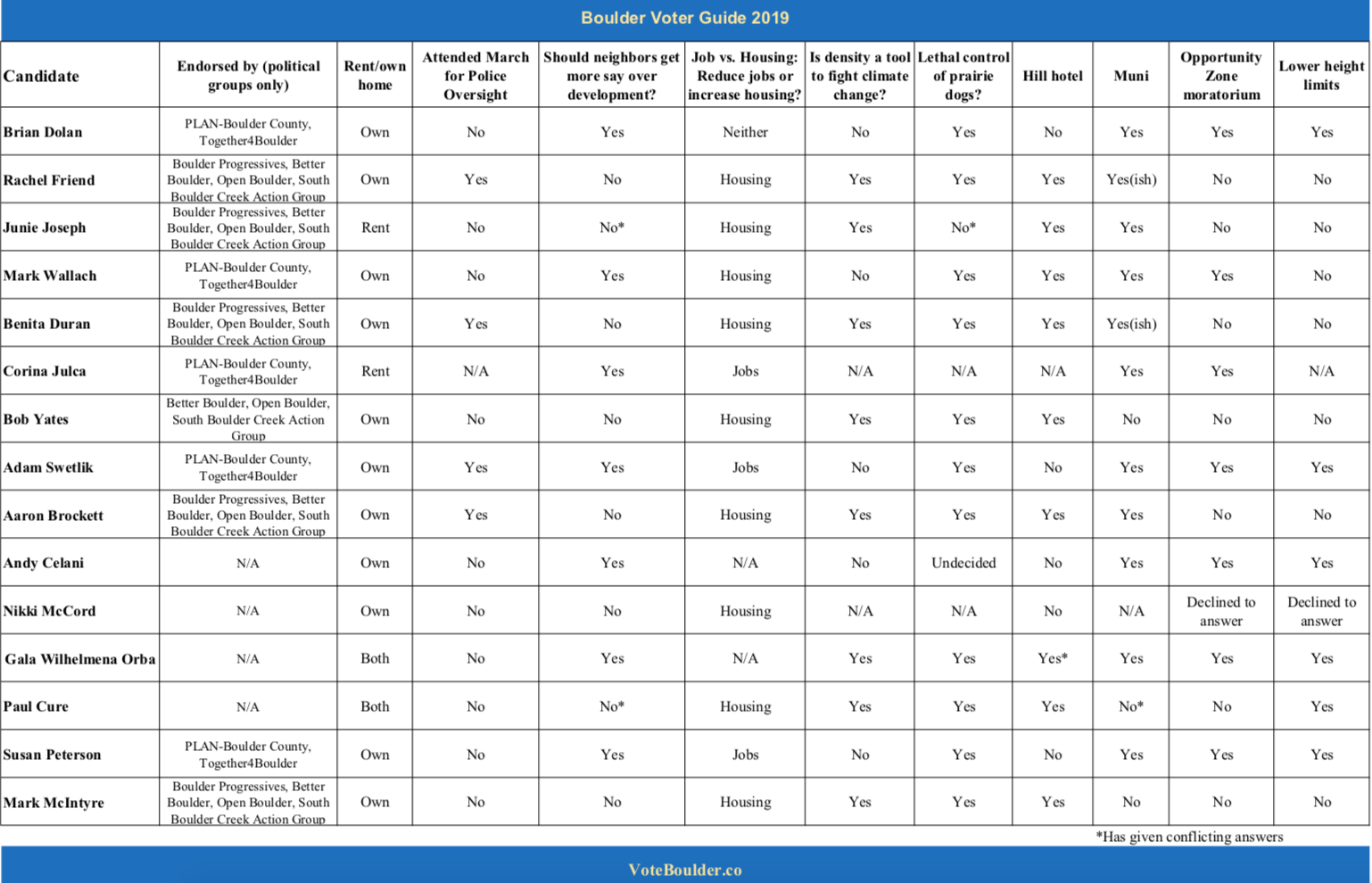 Ballot issue 2I – Imposition of a middle-income housing program

Brian Dolan has a ‘general idea’ neighbors aren’t getting their say in Boulder government. And that’s about it. 40-year resident of Boulder lacks knowledge of most major issues

Corina Julca promised transparency. Then she declined this interview. Renter would bring diversity, but no accountability, to council

Bob Yates really, really wants to be reelected. His promise? ‘More of the same’ Councilman brings plenty of passion, patience in bid for second term

Adam Swetlik: Housing crisis is bigger than Boulder; solutions should be, too Bouncer-turned-politician takes second run at city council

Paul Cure clearly wants a seat at the table. What he’ll do with it is a little fuzzier. Former farmer won’t get specific on plans, policies

It really is an honor to do this job.

There are 40 Pfizer doses available NOW at 1755 S. PUBLIC ROAD in Lafayette CO, which is the health building next to Clinica.

I will be addressing the creepy email I received last night, which is in connection with the Highland City Club event.

But first I'm going to spend the day away from my computer, with friends, moving my body so I can feel OK again. Still a little shaken up.

OK, here is your real Wednesday morning recap, #Boulder. Links to threads and everything.