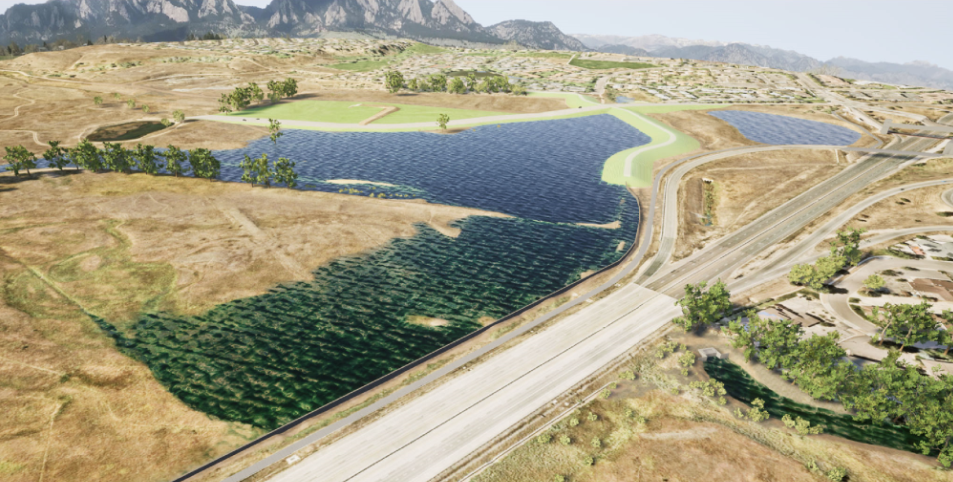 Should Ordinance 8483, regarding the annexation of CU South, be repealed?

This would undo the city’s annexation of the land known as CU South, 308 acres south of the city (along U.S. Highway 36 and Table Mesa) owned by the University of Colorado. (Annexation means officially adding the land to city limits, which provides access to city services such as water and sewer.)

Ordinance 8483 was passed by a 6-1 vote of city council in September 2021, approving the annexation.

Why was CU South annexed?

This is well-trod ground: Boulder has been planning for this parcel since at least 2015, and voters have already rejected a measure attempting to subject the annexation to citizen-proposed terms.

In short, Boulder needs land for flood protection. This spot was identified as the most optimal by a 2015 study of South Boulder Creek, given the number of homes and businesses downstream and the waterway’s history of flooding.

CU, which owns the land, wants to build a southern campus there. The university is donating the land needed for flood mitigation in exchange for the ability to connect to city services and develop the property.

The annexation agreement includes much more, including limits to the amount of housing, non-residential buildings and traffic, plans for open space and affordable housing, and options for Boulder to buy the land should CU choose to sell and not develop.

If you are opposed to development at CU South, this would likely delay that by many years. It probably won’t stop it indefinitely.

There is an agreement that surrounding towns (Louisville, Lafayette and Superior) won’t annex the land into their boundaries, but that expires in a few years. Even if it remains unincorporated, some building can occur there (for example: a handful of very large homes), though certainly not to the degree and intensity of a college campus.

A repeal of annexation would halt flood mitigation work currently underway and — in the event of another flood like 2013’s event — potentially impact the lives and safety of 2,300 downstream residents.

Flood mitigation could be done elsewhere, but it would not provide protection for as many people and would push protection years into the future. Returning to other options means going back to the 2015 South Boulder Creek plan, which identified this area as the best. Years-long processes of site selection and design would follow.

Are there other ways for the city to get this land for flood protection?

None that are readily apparent. An undoing of the annexation agreement would put CU and the city back at the negotiating table. Boulder needs the land for flood protection, and the university needs the land as leverage to ensure its ability to develop — making it unlikely that CU would sell or donate it to the city.

Condemnation is not an option: CU is a state entity, and the city would have a difficult time arguing the need to take over this land when it was already offered by the university.

This was a citizen-advanced measure, via petition. Repeal CU South Annexation is chaired by two leaders of PLAN-Boulder County, a slow-growth political group with a long history in Boulder and a longtime opponent of development at CU South. These same individuals pushed last year’s (failed) effort to substitute citizen conditions for the city-led annexation agreement.

No More Delay For Flood Safety has officially registered as a committee to oppose the Repeal ballot item. Two former mayors head this organization: Sam Weaver, who was on city council when the annexation was approved, and Leslie Durgin, who led the effort to defeat last year’s referendum on CU South.